One of the biggest frustrations of dealing with Verizon, if you're someone who likes to tweak their phone, is that the carrier insists on locking the bootloaders on its phones that otherwise would not be locked. Samsung has offered Developer Editions of its phones in the past, including the Galaxy S III, largely to avoid that problem and appease the dev crowd. Today, that tradition continues with the Galaxy Note II which has now appeared on the company's site in a similar hacker-friendly model. 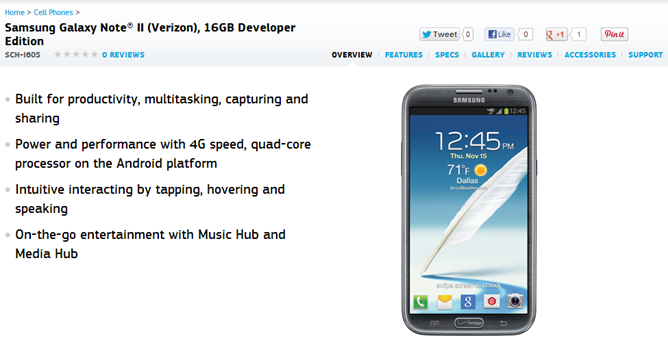 Samsung hasn't announced pricing or availability for this model just yet, but if previous patterns hold, you can expect this to take a bit of a toll on your wallet, as it's going to be sold off-contract and unsubsidized. Once a date and dollar figure gets attached, we'll bring that info to you. Of course, if you've already purchased a Galaxy Note II, locked bootloader and all, XDA has got your back.