Hot on the heels of last week's announcement that it would be acquiring the music streaming company AudioGalaxy, Dropbox today was confirmed to have snapped up yet another cloud startup: photo locker service Snapjoy. 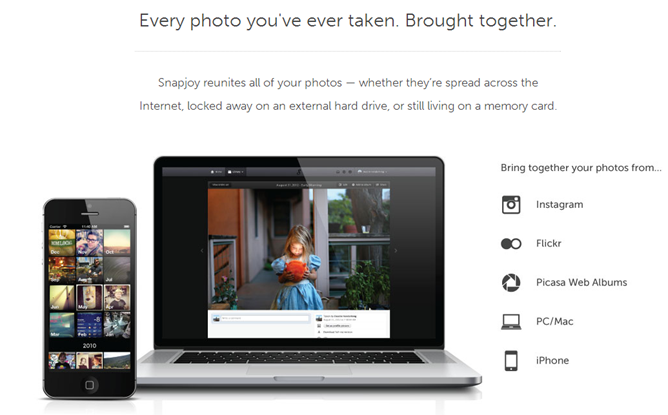 As you may have noticed, Dropbox is really into the idea of you storing all your photos with them. That's why they offer you some free megabytes if you turn on the Instant Upload option on the smartphone app - clever, clever. The problem, though, is that Dropbox wasn't exactly designed from the ground up to be a photo viewing / organizing / sharing service. So, buying Snapjoy is probably meant to address that whole issue.

Snapjoy was a fairly popular platform, claiming to have served over 100 million users to date, by allowing them to import all their photos from various services as well as local storage on multiple devices into one central hub. A pretty hub, it seems.

Just one more step on the road to Dropbox ruling your cloud life, I suppose.

Republic Wireless To Customers: "It's Not OK To Root Your Phone"

IMDB For Android Now Lets You Sign In With Your Google Account, Because Typing Passwords Is For ...