Update: AT&T has published the changelog for the update (link to complete info):

Hey, do you still have an original AT&T Galaxy S II? Really? You should probably work on an upgrade. However, on the off chance you haven't already custom-ROM'd the ever-living-Cyanogen out of it, Samsung's rolling out an update for it, as we've heard at XDA, and had confirmed by Samsung's own support website. Note that this is the original AT&T Galaxy S II (model i777) we're talking about - not the Skyrocket.

The ATT GS2 was upgraded to Ice Cream Sandwich back in June, and that was largely considered to be the end of the update line for Samsung's previous-generation flagship on Ma Bell. Turns out that's not the case.

A new update - obtainable only through Samsung's Kies software - is available. Update: Even though Samsung's FAQ insists it's Kies only, multiple users have reported receiving the update over-the-air.

The build number is LK3, and you'll need to be running build KK6, KH7, or LE5 in order to get it (all those builds start with the 'I177UC' prefix in the software version info in settings). There's no changelog at this point, other than upgrading to Android 4.0.4, but it's likely one will emerge sooner or later. 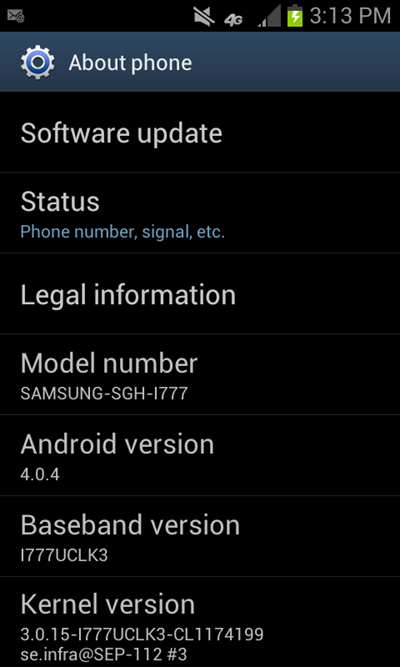 IMDB For Android Now Lets You Sign In With Your Google Account, Because Typing Passwords Is For ...