I'd like to start this piece Peter Jackson style: with a longer-than-necessary flashback to provide background on this story. Back in the 90s, kids were all about two things: basketball and fighting games. We loved Mortal Kombat, Street Fighter, Space Jam and Shaquille O'Neal. Or so the legends go. As a result, in 1994, some genius marketer aimed to put the two together to create Shaq Fu. It did not fare well. In fact, it was so bad that there is an organization devoted to "liberating it from existence."

Now, 18 years later, the developer of Go Ninja wants to resurrect the... franchise? Sure, why not. With a sequel: ShaqDown. The concept for this fighting game is described as follows, and I'm quoting here:

"This game is set in a postapocalyptic world where Shaq has become a legend, and it’s up to him to save humanity from mutant zombies." 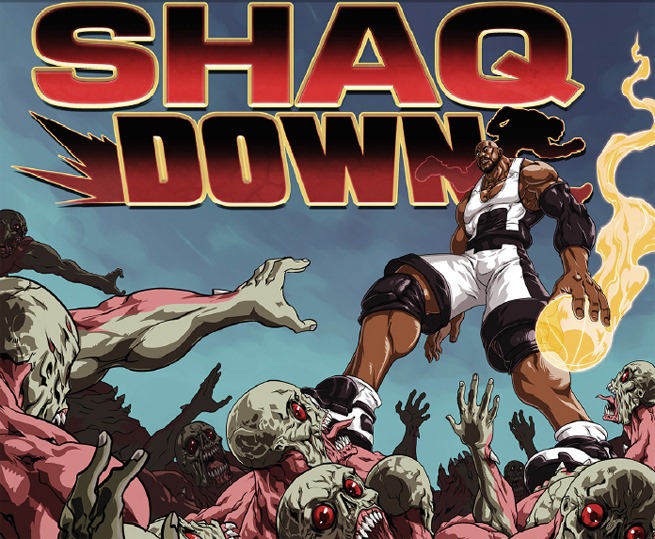 Yes, you read that right. Mutant zombies. These aren't just reanimated corpses, returning from the pits of hell to feast on the flesh of the living. Nor are they simply mutants, the bastardized genetic sons of Darwin. No, these are mutant zombies. Then again, when you're dealing with a basketball player who's physiologically superior to other members of his species and continues to walk the earth despite the death of his career years ago, "mutant zombie" seems like a fitting enemy.

As regular readers will know, I love weird crap like this. Heck, I got giddy over Santa Rockstar. No, that wasn't a paid blogvertisement, I was actually that excited about it. However, this just has me overjoyed. Why? I'll tell you why. Because of this quote:

"'They saw our previous game and wanted us to create something in the same vein,' says Vo. Outside of that, One Spear gave them free reign. So did the big man himself. 'Shaq told us to have fun with it.'"

Oh, it must be Christmas. Shaq, the guy who starred in such 90s hits as Steel and Kazaam, and even made an appearance in Good Burger, has given the go-ahead for this project. That guy said it's okay. I couldn't be happier. This is one of those things that, even if it's awful, it's going to be awesome. Shaq, I don't know where you've disappeared to for the last decade or so, but I'm glad you're back and just as weird as ever.

Pinch me, I must be dreaming.

No word yet on when this fine marvel of modern gaming is going to land on Android, but I can only hope it's sooner than later.