Have you heard the news? The official Tumblr app finally supports tablets! But only sort of. Still, technically, you can install the app on your tablet. But be prepared: it only works in portrait mode. You know what that means, right? Yep - it's still going to suck on your 10" slate. Look at the bright side, though: it looks great on 7" tablets! 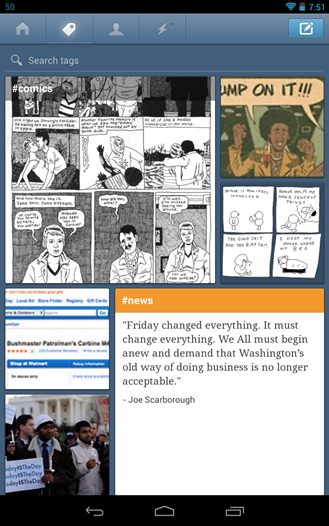 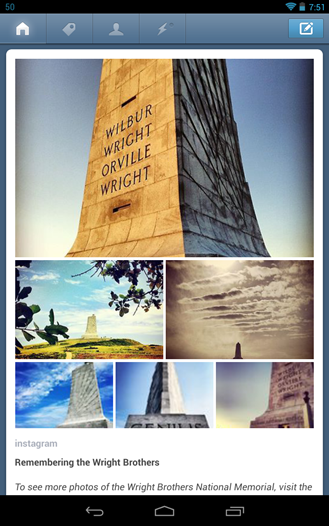 But really, there isn't much different between the phone app and the "tablet-optimized" version. Sure, there have been some slight layout tweaks; like a dedicated notification button on the bigger screen, instead of the combined panel of the phone. The real story here, though, is that you can actually use the official client on your tablet. It scales nicely, and you don't have to use any of those third-party apps anymore.

Unless, of course, you like doing Tumblr things in landscape mode.