Here in the States digital jocks tend to obsess over the latest Madden or 2K titles. But pretty much everywhere else, it's all about the soccer action in FIFA. Electronic Arts is well aware of this, so they've bundled the EA Sports Football Club into the full versions of FIFA 2013. The Football Club is a combination fantasy league and digital marketplace. As of now, you don't even need to be playing the game to access it - the new Football Club app is available in both North American and worldwide flavors. 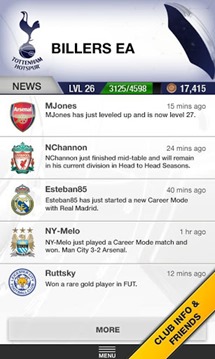 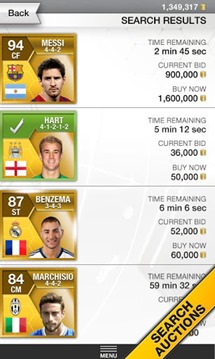 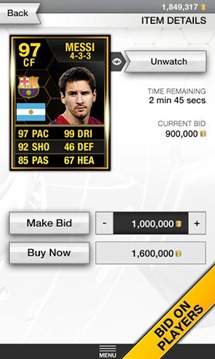 First of all, this app shouldn't be confused with EA's more conventional FIFA game for Android - you'll need a copy of FIFA 2013 for the Xbox 360, PlayStation 3 or PC just to log in. Once inside, you can  bid on or buy players for your Club team by spending in-game currency, adjust your roster, and observe your friends' progress through the RPG-like leveling system in the main game. Sure, it sounds like pretty tame stuff, but for someone who skips that Algebra 402 class to engage in a grudge match with CRESPOnator87 from Argentina, it's a big deal.

US and Canadian players, use the first Play Store widget below. Everyone else, click on the second. Upcoming Game 'ShaqDown' Brings Shaq's Career And Mutant Zombies Back From The Dead To Fight ...