Some readers may question the noteworthiness of a jumping game – after all, the genre is a crowded one. What sets Icy Tower apart, though, is the fact that its gameplay manages to remain significantly more dynamic, action packed, and generally more fun than most other jumpers. Evidently, players of the original agree – the game's page on Facebook (where it also lives as an app) has reached about 2.5 million likes.

The game has simple tilt or touch controls, power-ups, tower upgrades, boosters, a customizable jumper, and vivid, candy-colored graphics that will keep you engaged and allow you to kill plenty of time. 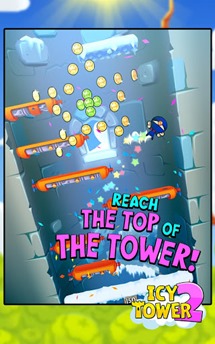 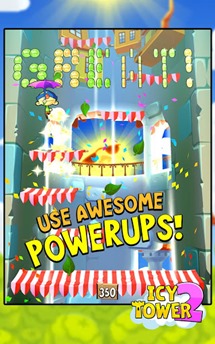 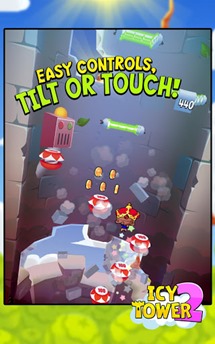 Whether you've been waiting for Icy Tower to make the jump to mobile, or just need a great game to kill a few minutes of down time, Icy Tower 2 is worth checking out. Plus, it's free in the Play Store. Just hit the widget below.