I want to start this review by saying I love Top Gear. I really, truly do. The show's had its ups and downs, but I've seen every one - twice. So when I heard that the only mobile game to be graced with the trademark television series' name was headed for the Play Store, I was actually a bit excited.

It then took my hopes, shot them in a dark alley, and stuffed them in the trunk of a rental PT Cruiser. God, this game is bad. I don't even know what the developers were thinking when they unleashed this unabashed pile of feces to the masses.

You control a car, from a third-person view perspective, in a world that allows you to move in two / three dimensions (given the large amount of ramps involved). This, to me, is already setting up a mobile racing game for near-certain failure. Top-down, old-school racers on Android and other mobile platforms have enough problems as it is, and even franchises like Need For Speed and Asphalt basically force you into going forward at all times, to avoid messy and frustrating touch control issues. 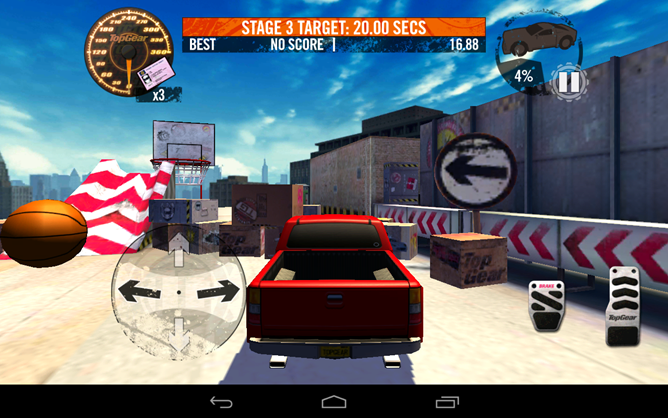 So, what did the developers of Stunt School Revolution do? They decided that, because of the issues associated with controlling a car in a 360-degree world on a touch screen, including three separate control schemes would help people find some sort of personal "sweet spot." It didn't work. At all. Every single control mode sucks.

Tilt controls? Don't bother. "Touch" controls? You get arrows that are "on" or "off" in terms of changing your direction. "Touch and drag" controls are the closest you get to usable, but even those are so terrible (even with the sensitivity set as low as possible) that you'll want to stop playing almost immediately. It absolutely boggles my mind how tragically bad the controls are. It completely ruins the game. 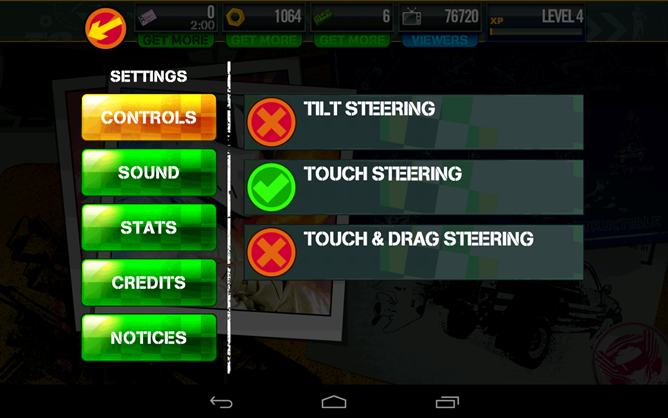 To talk briefly of the rest of SSR, you try to complete stunts. Some of them are stupidly simple - like jumping a ramp and flying as long a distance as possible. Some, mostly because of the controls, are so difficult that I've considered throwing my Nexus 7 at a wall (like the basketball hoop stunt). Each attempt at a stunt eats a "permit," and you're allocated a permit every 4 minutes, up to a max of 15 free permits (that's 15 per hour). On the upside, this does prevent you from playing the game for hours on end (unless you pay to buy more permits), which would likely result in an aneurysm, ulcers, or other stress-induced malady.

You can also upgrade your car - a major part of the game - with various parts and pieces. Unfortunately, the utility of many of the upgrade parts goes in large completely unexplained. Do I want a wing on my car for the ramp jump stunt? Who knows, because it's never addressed what exactly the wing is useful for (I found the wing actually made my flight distance shorter, because of increased drag). 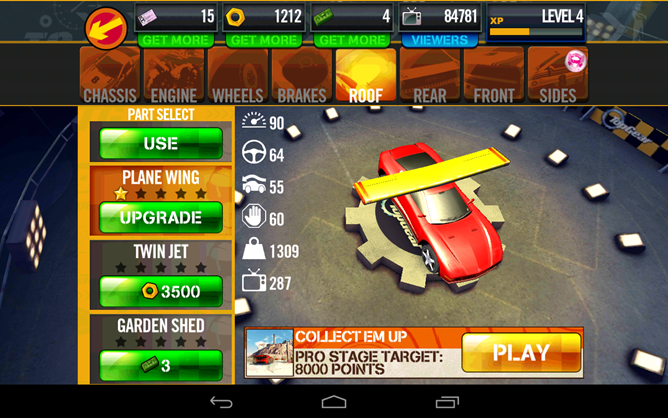 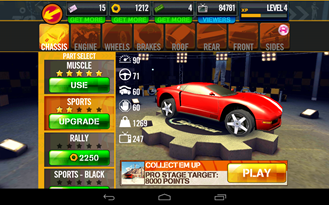 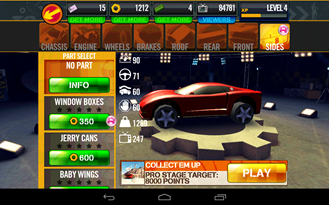 I would go into more detail about the gameplay, but seriously, why bother? The developers clearly didn't when it came to the controls.

The graphics are alright. Decent for a modern mobile game, but certainly nothing to write home about. There's not really a story, and the sound effects are mediocre. The Top Gear theme song, of course, is in tow throughout the game menus. It only took me about five minutes of listening to that increasingly tired rendition of "Jessica" before I disabled the music in the settings menu. 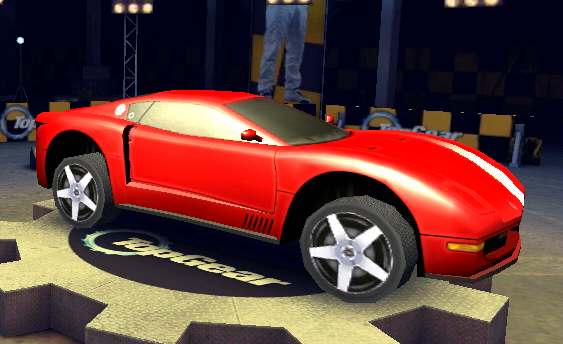 No. Unless you're a masochist, I guess. It's a little sad considering the obvious amount of work that went into creating the vehicle content, maps, and various consumable mechanics in Stunt School Revolution, but it's all for naught because of the terrible controls. If they made this game playable with a touch screen (I would argue that, right now, it's not), I'd consider revisiting it.

If the controls were fixed, though, my next reservation would stem from the consumable permits (which you use regardless of whether or not you complete a stunt successfully), mostly because aside from waiting for them to accumulate over time naturally, you're forced to buy them. They're not terribly expensive, I guess, but still - it reeks of being a money grab. You're consuming an in-game commodity just to play the game (unlimited permits can be had, though, for $4.99).

Overall, Top Gear SSR is best summed up by the image below. 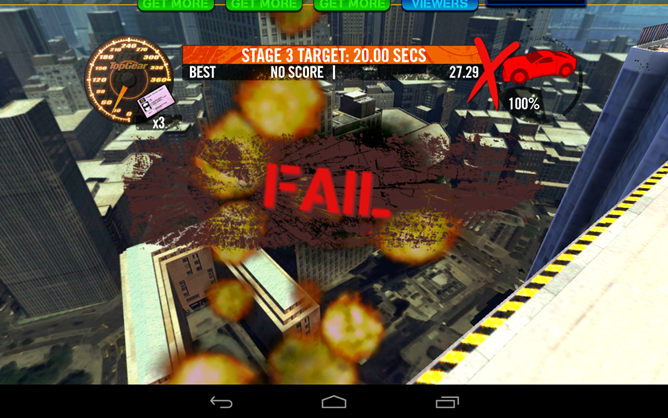 [Try This] AntennaPod Is A Free, Holo-Themed, Open Source Podcatcher