In times past, we've seen Google add new countries to its list of supported territories for Google Maps Navigation shortly before we see the update itself rollout. Today, there's been a pretty huge change to that document that added 10 new nations including Bulgaria, Estonia, Ghana, Iceland, Ivory Coast, Latvia, Lebanon, Lithuania, Senegal and Slovakia (for some reason Singapore appears to have been added to the list, even though that nation already has Navigation). 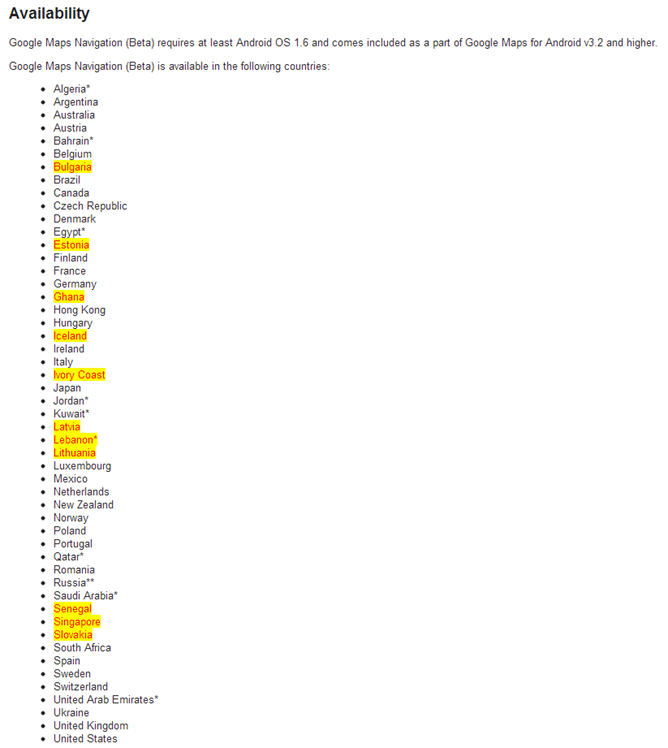 Right now, it doesn't look like Navigation has actually appeared for the countries in question, but if history repeats itself, the service should appear for residents of these nations before too long. Possibly after having the names removed from the list and then replaced a week or two later.

[New Game] Kairosoft Releases The Pyraplex, Walks Like An Egyptian All The Way To The Bank