Listen up, Pantech Breakout owners – Verizon has just announced an update to build S8995VWCA55F.BB that brings with it a laundry list of tweaks and enhancements. While it's not a bump to the next version of Android, the update is still refreshing, given the Breakout's debut on Verizon is now more than a year behind us.

The update, which should be rolling out to Breakout owners any time now, comes with improved SMS delivery, memory management fixes, enhancements for data connectivity, and improvements made "to reduce SD Card issues" among other things. Here's a full look at update S8995VWCA55F.BB from Verizon's own support document. 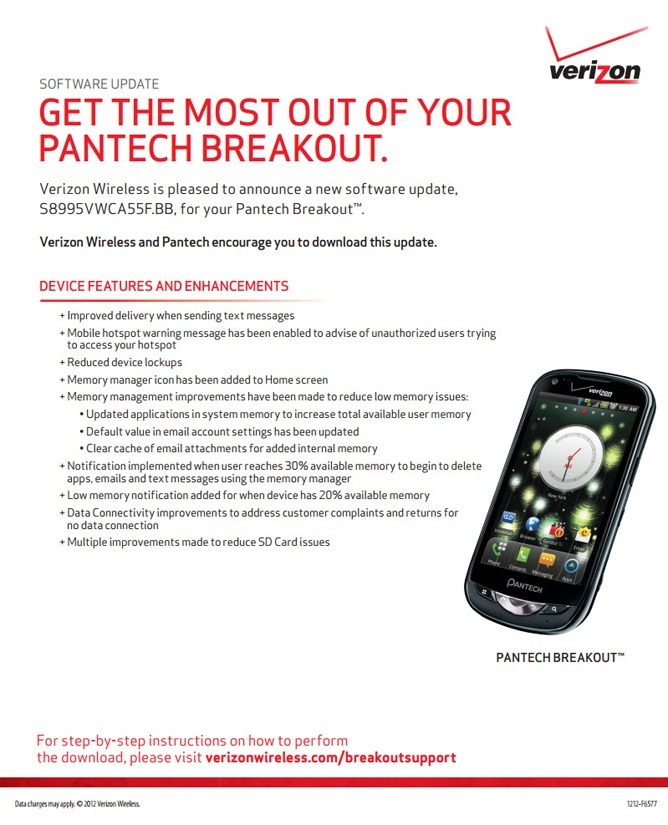 If you're still toting a Pantech Breakout and have been waiting for some software support, head here for instructions on checking for the update, or just sit back and wait for S8995VWCA55F.BB to roll in.

[One-Day Deal Alert] Get A Free MOGA Controller And Copy Of Modern Combat 4 From Gameloft And ...