Google's Calendar app for Android just received an update, to version 201212060 (we're guessing the version numbers are date codes or something). The update adds a few new things.

First, you can now call a number or go to a location for an event directly from the notification for that event, as shown in the screenshots below. We figure this is just another example of Google's apps catching up with Android's rich notifications, introduced in 4.1. 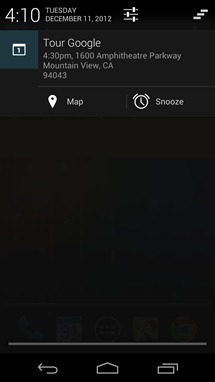 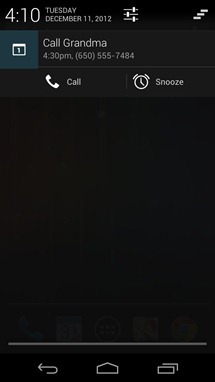 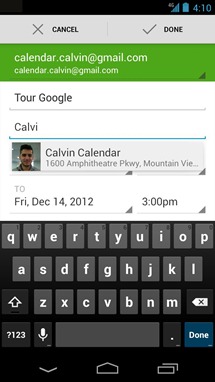 Next, when entering an event location, you're now given suggestions - based on previous locations you've used in Calendar previously, your contacts, and more (it doesn't predict street addresses you've never used, unfortunately). Finally, you can now create events quickly from the month view - just long-press on a date. Hit up the Play Store to grab the update now.