Mobile advertising is an unavoidable part of the Android experience - in fact, some would make the case that it's the whole reason for Android coming to exist in its current form. But that doesn't meant that it can't be improved. So Google's AdMob team has been looking at ways of making delivered ads both less intrusive and more functional, namely by cutting down on unwanted activations. 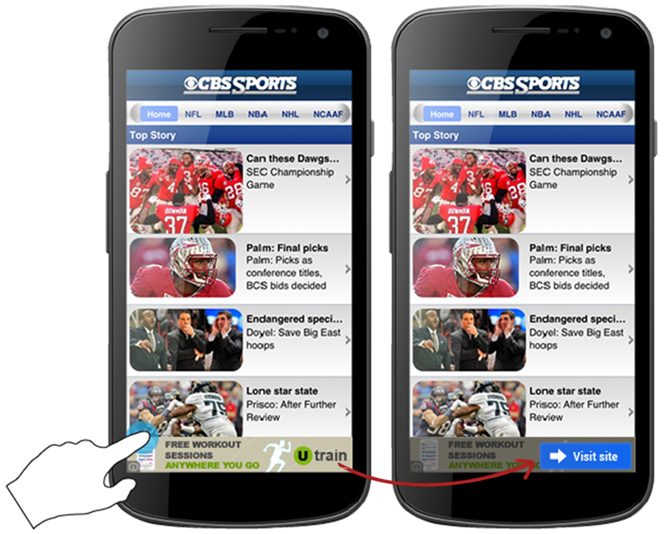 According to the post on Google's Mobile Ads Blog, accidental and non-intentional taps on the ad space are one of the biggest problems they've had to deal with. It's claimed that even the advertiser isn't too keen on accidental visits, since they're using up server resources on a customer who isn't necessarily all that valuable. Since most of these visits come from users just trying to use a part of an app near the ad, AdMob-served advertisements will now use an authentication process, essentially adding another tap if users should activate the ad anywhere except the "go" button. Using the example above, if you tap on the blue arrow the first time, you go right to the site.

This will only apply to apps using Google's advertising platform - apps using other networks will continue to use the more standard "tap anywhere" approach. If this sort of thing interests you (and I promise, it's a lot more interesting than it sounds) head on over to the Mobile Ad Blog for the full report.

Rock Out With Your Stocking Out: Santa Rockstar Is Here To Save Christmas With An Electric Guitar