We've known it's coming for a while and, per today's announcement, it will finally be here soon: Facebook's revamp of its Android app that will bring a proper, native UI as opposed to the mostly HTML5-based web viewer that's been powering the application for so long. The result is photos, the news feed, and timelines will load at least twice as fast, according to the company. 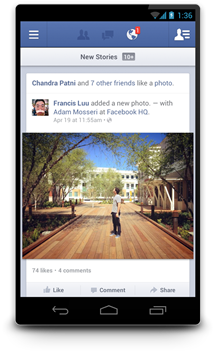 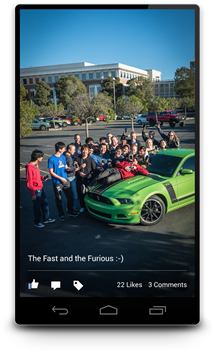 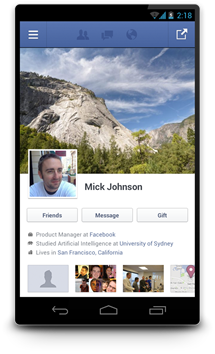 The company touts speed as the big improvement here, and it's sorely needed. For example, garbage collection was optimized to make photos load much quicker. In terms of new features, the company also built a new banner that will allow you to jump to new stories that have appeared in the feed while you're reading, no matter how far down the list you are.

Keeping up with friends is faster than ever.
• News feed and your Timeline load faster
• Photos open with a tap so you can quickly like and comment
• New Stories bar lets you see more stories without refreshing

The update should be rolling out to the Play Store later today. You can find it via the widget below, or just update from your device when it rolls out.

Update: It looks like the new version is live now! Some users are reporting that it's showing up on their devices. If it's not appearing for you, head to the web listing and install the app on a device that you already have Facebook on and this should force the update.