Fuhu - the creator of the nabi and nabi 2 tablets - is on fire. Just a little over one week ago, they announced the nabi Jr., a new 5" tablet designed for small children, and today they're back at it with a tablet designed just for tweens: the nabi XD.

Now, I know what you're thinking: Seriously? A tablet just for tweens? I'm not going to lie - I, too, was skeptical of the usefulness of another specialty tablet for kids. And then I read the specs, looked at the pictures, and caught the price. I changed my mind almost immediately - this thing is seriously impressive.

...and it's only $250 for 16GBs! With this tablet, it seems that Fuhu has managed to do what we've wanted manufacturers to do all along: put out a quality device with top specs at a reasonable price. Not only that, but I think the nabi XD looks pretty awesome, too. 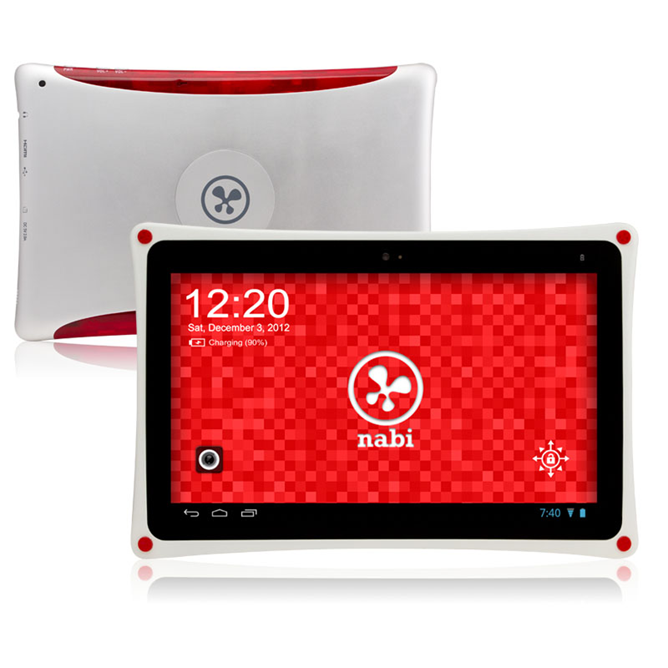 The XD also features a pretty nifty sounding UI. Dubbed Kanzi, the custom UI will feature proprietary widgets, icons, and "gadgets," all of which can be dynamically arranged across the homescreens. The screens are also location and time aware, and can automatically transition throughout various setups according to the day/place by using custom rules; from the sound of it, it reminds me a lot of Chameleon Launcher for tablets.

Since the XD is designed for tweens, you can expect that it'll be used for homework, too. No worries - with a full productivity suite and optional pad-folio silicone keyboard, this thing's as serious about getting things done as it is about games and fun (no, that rhyme wasn't intentional, but feel free to use it in a jingle). 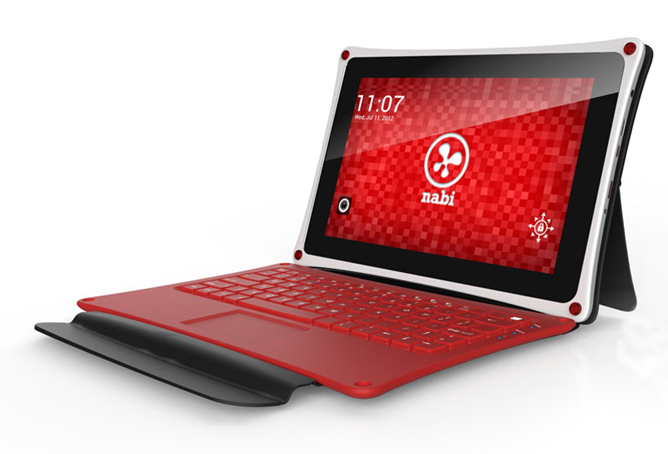 So, when can you get one? The nabi XD will be available in a "limited release" beginning in late-December, with a full release coming in mid-January. The 16GB version will hit the streets at an unprecedented $250, with a 32GB model coming in at $350.

Fuhu, Inc. defines a new market for tablet users with its nabi™ XD, positioned as a tween’s first tablet with a keyboard dedicated to homework, gaming, social networking and kid-safe browsing

EL SEGUNDO, Calif., Dec. 12, 2012 – Fuhu, Inc., the leader in tablets made just for kids, today unveiled the new nabi™ XD: an ultraportable tablet that combines the best of a notebook and tablet PC with an amazing 10.1-inch high-definition in-plane-switching (IPS), five-point capacitive touch screen. Positioned to be your tweens’ first portable computer, nabi XD features an NVIDIA® Tegra® 3 4-PLUS-1™ quad-core processor, Android™ 4.1 Jelly Bean, front and back cameras, near field communications (NFC) technology, 10-hours of battery life and the 10.1-inch screen – all for only $249. The nabi XD is a first of its kind, an Android ultraportable tablet with productivity apps, incredible console quality gaming, modified parental controls for browsing and a dynamic and intelligent gadget-based user interface that adapts based on the time of day and location.

In partnership with Rightware®’s Kanzi® user interface solution (UI), nabi XD is taking UIs to the next level. A tiled grid of dynamically updating gadgets, widgets and apps headlines the new UI. Pin as many gadgets as you like and move them around just the way you want. Define time and location based rules that dictate when and where your favorite gadgets show up. Want news in the morning and games in the evening? Create a rule for that! nabi XD’s UI lets you create multiple home screens each with your own layout of widgets, gadgets and apps. nabi XD’s home screen gadgets are designed to give you the most relevant information that you want, when you want it. Set rules for your home screens based on GPS locations, Wi-Fi networks and time, allowing you to define which home screen is the most relevant for any situation.

nabi XD will be the first of the nabi family of tablets to feature NFC technologies. NFC allows you to sync devices simply by touching them together – Great for Bluetooth syncing or sync nabi’s exclusive family of 16 figurines with your nabi XD and challenge them to amazing battles while leveling up your unique character. Watch out for the Battle KINABIs™ game and figurines made for nabi XD!

“nabi XD features the most powerful specifications and brilliant display of the nabi tablet family. We are excited about what these new features bring to gaming and content,” said Fuhu’s CEO Jim Mitchell. “nabi XD represents a real transition in personal portable computing with an introduction of an Android-based productivity and gaming device.”

Yota Devices Unveils YotaPhone – A Phone With Dual LCD/E-Ink Displays That 'Keeps You ...