AT&T has already launched its version of the Galaxy Camera, so now it's Verizon's turn. Arriving in both white and black options, the nation's largest carrier will be offering the high tech point and shoot for $550 without a contract. This is a little bit steeper than AT&T's $500, but to make up for it, the carrier is allowing customers to add this device to their existing shared data plans for $5/month. Not a bad deal. 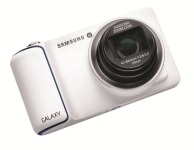 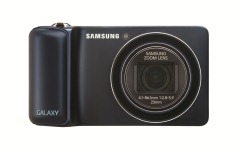 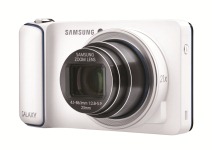 When Liam reviewed it a while back, he decided it was a good camera, but didn't live up to the price. The even higher tag here might dissuade some customers, however, it's worth noting that if you're the target market for this kind of device and you land this promotional plan (that's only available for an unspecified limited time), you'll make up the extra $50 within the first year. Also, AT&T's model doesn't come in black.

If you want to get your hands on this phone, you can do it as soon as December 13th online. No word yet on when it will land in stores, though we'd wager it wouldn't be too much longer after the online release.

Connected devices are a new way to think about wireless beyond smartphones and tablets.

Having your smartphone or tablet connected to 4G LTE means you’re constantly ready and one step ahead. When a great idea comes to you, there’s no need to wait, you can save it as a note on your smartphone, e-mail it to a friend or share with the world if you’d like.

Social media enthusiasts will be able to connect to their accounts through their camera and upload pictures and videos of outings, concerts and parties as they happen. Shutterbugs and bloggers who post images on their sites will be able to upload photos over 4G LTE instead of waiting to use their computers at home.

This is all combined with other high quality features such as a 16-megapixel lens, 21x optical zoom lens and optical image stabilization for clearer pictures even while moving.

The Galaxy Camera will be available for $549.99 and come in two colors, Cobalt Black, exclusive to Verizon Wireless, and White. Innovative technology needs an innovative plan. Users will be able to add the Samsung Galaxy Camera to their Share Everything account for the promotional price of $5 per month.

HTC Announces One SV, A 4.3" Dual-Core Mid-Range Device That Completely Confuses The HTC One ...

Nexus 4 Bumpers Are Back In Stock On The U.S. Play Store - Grab One Before They're Gone Again