We've talked about Republic Wireless a few times 'round here at AP. From when it was first announced, to several milestones along the way - we've followed along with what's happening at RW somewhat closely.

For months, the company was in a private beta of sorts, with would-be customers signing up for their invite, and RW sending them out in waves. In November, however, the company opened its figurative doors to the world - no more waves, no beta invites. Since then, you've been able to sign up for service, order your phone, and away you go. The $19-a-month cellular service was yours.

There was one catch: the phone - a dual-band version of the Defy XT- wasn't yet available. You had to place an order, with an expected availability of "mid-December." Well guess what? It's mid-December, and the phones are shipping, exactly like RW promised. Users who pre-ordered should have their phone in-hand within the next couple of days. 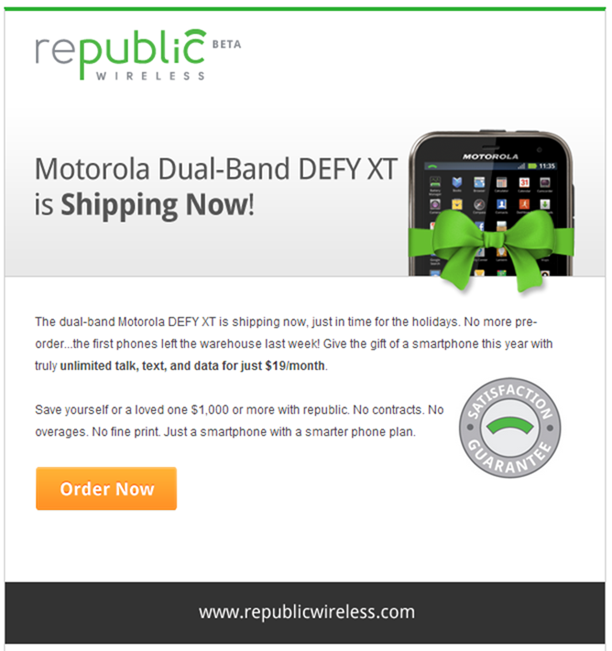 If you've been waiting until RW fulfilled its beta period and had phones in stock, today's the day. Anything ordered now is slated to ship within the next couple of weeks. Not bad turnaround for $19 a month, eh?

Angry Birds The Movie Is Happening, Producers Who Made Despicable Me, Iron Man Already Attached