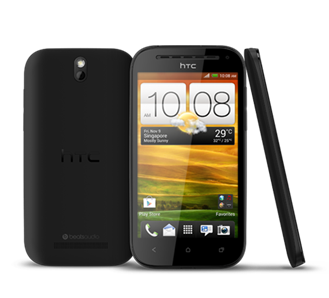 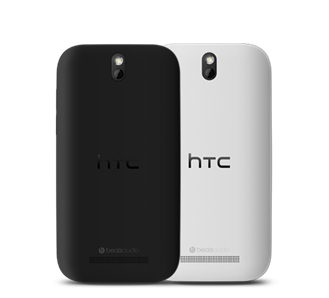 Here are the specs for this device:

All in all, it's not a terrible device. Stacks up pretty nicely with other mid-range phones in its class like the RAZR M. A class which also happens to include the HTC One S and the HTC One VX. Please fasten your seatbelts as we begin this ride.

Earlier this year, the One Series was pretty easy to figure out. There were three phones: the One X, which was the highest end phone (now augmented by the One X+, but still pretty easily recognizable; plus means more gooder, right?). The One S was the middle-of-the-road device, and then there was the One V which covered the lowest-end handset the company was willing to put out. So, the pecking order goes X > S > V. A little odd and unintuitive, but okay, we can roll with it. 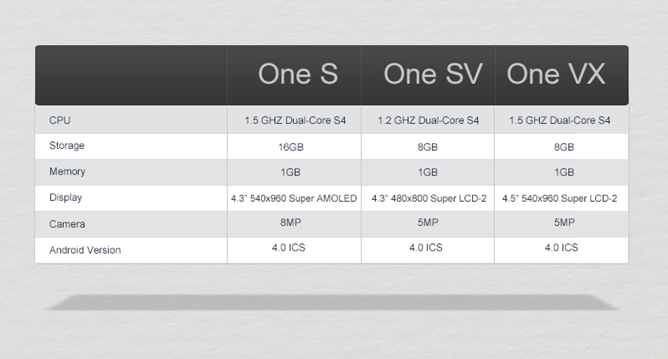 This is a little chart I put together to demonstrate the major differences between these three mid-range phones. The One X(+) and One V have been left off because they are pretty clearly the bookends of the line. however, in the middle here, we have the One S which beats out the One SV with more storage, a higher resolution display, a better camera and slightly faster processor. However, the One VX also has a slightly faster processor and higher resolution screen than the One SV, though with a different tech behind the display (we'll leave it to the nerds to argue whether Super AMOLED or Super LCD-2 is better).

The One SV seems to sit below One S and the One VX, but you wouldn't know it by the name. The One VX sounds like a halfway point between the lowest and the highest end. Of course, you think "Wouldn't that be the One S?" Except the VX doesn't measure up on storage or camera. Perhaps the reason for all this naming confusion has something to do with international availability (the One SV will only be released in EMEA countries), but the One line is supposed to be a worldwide brand, isn't it?

If your brain is hurting after reading this, don't worry. Mine is, too. However, the point is there is a new HTC device, it's not the top of the line model, and just about every spec on this thing falls safely within the realm of "good enough." Except, of course, for the lack of Jelly Bean. In any case, the UK-based company Clove is already accepting pre-orders and has announced it will receive stock in by early January.