Pixlr Express, despite its name, is an impressively powerful tool for on-the-go photo editing. After spending a little time with the app, I was completely sold. Autodesk's latest entry to the photo editing market dwarfs its Pixlr-O-Matic app in terms of functionality, and offers plenty of manipulation and touch-up tools while still retaining (and expanding) a long list of vintage filters and overlays.

The app couldn't be easier to use, relying on an interface made of stacks of tiles that expand with a click allowing you to crop, blur, sharpen, touch up (heal), rotate, color correct, or otherwise monkey with photos in just a few taps. For a full look at its extensive functionality, check out our review. 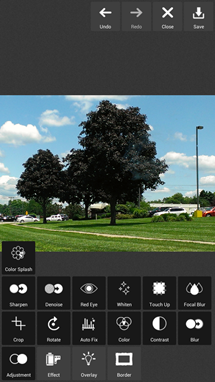 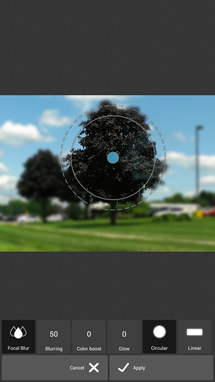 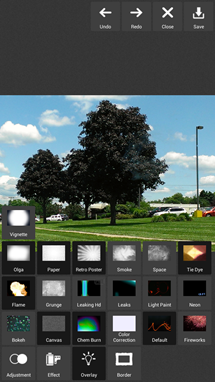 This app has something for both the consummate photo editor and the casual instagram-er alike, and totally trumps any photo editing app I've tried before it. Best of all, it's free in the Play Store. Just hit the widget. Audio Glow, which we covered at launch, is a music visualizer that also comes in live wallpaper form. At first blush, that doesn't seem so exciting a concept. Audio Glow is made exciting, however, by its capacity for customization, and its beautiful, thoughtful graphics.

The app/wallpaper visualizes any music or sound coming from any app running on your device, turning sound waves into gorgeous bouncing bars and blurry, floating particles. Users can't go wrong with the app's customizations, and can save their favorite combinations as themes using an included Tasker or Locale plugin. 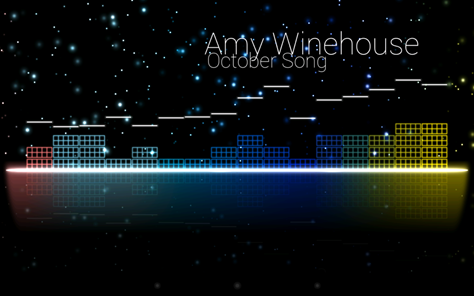 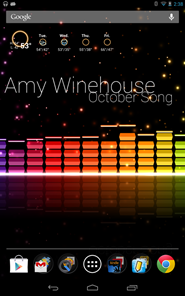 If you've been waiting for a great music visualizer for Android, Audio Glow is your answer. The app is free, and the live wallpaper is just $0.99, so there's no reason not to give it a shot. 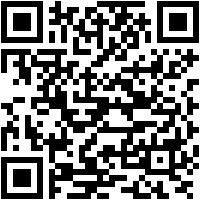 We're always excited when a new tablet-friendly app hits the Play Store. Amazon's mobile app built for tablets was a welcome addition to Android's growing list of tablet apps when it hit last month. The app is more or less like its regular Amazon Mobile counterpart, providing users with easy search, review, purchase, and account management functionality in a neat tablet-optimized package. 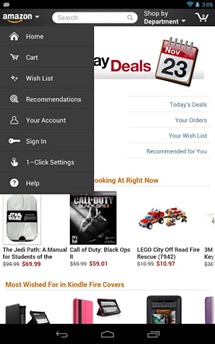 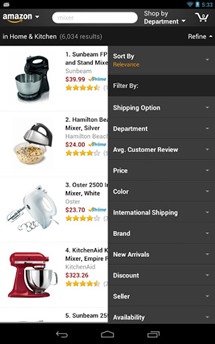 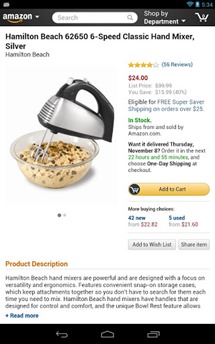 Though the app currently only supports Android 4.1+ and 7" 1280x800 displays (read "only the Nexus 7"), it looks very promising, and is super convenient for those times when you need a nice impulse buy on the go. 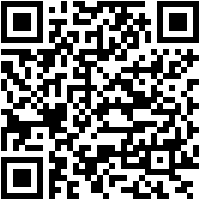 PPSSPP, as Android's first realized PSP emulator, was a highly anticipated app. It made its first appearance in the Play Store last month as a sort of prototype and has been faithfully receiving updates ever since. This is the real story of PPSSPP – it's in development, seems promising, and is still getting attention from the developer, who promises that "over time this will probably become a usable emulator." Indeed, it is usable even in its current state, though it comes with no ROMs (for obvious reasons), meaning you'll need to do things the totally legitimate way – dumping your own PSP titles into ISO or CSO files. 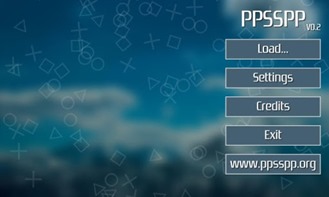 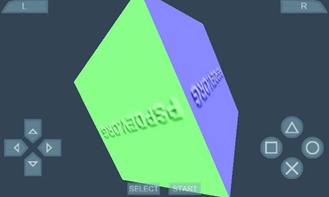 Another great thing about the PPSSPP project is that it's free and open source. While it may not work perfectly with all your PSP ROMs, you can still read more about the project and grab the source for yourself at ppsspp.org.

Finally, we have Falcon Pro, which to many was a prayer answered after the debut of the original Falcon widget. The widget was lauded as the beautiful, well-crafted gem that it was, but it left many people hungry for a full client with the same great interface. Developer Joaquim Vergès answered the call with Falcon Pro, which slid in just under November's deadline, onto our devices, and into our hearts.

The app isn't just good looks. It's a solid Twitter client with all the functionality you'd expect and some nice added features like offline favoriting, tweet drafts, inline photo/video previews, and more. Plus, the app adapts its layout to look great on tablets too. 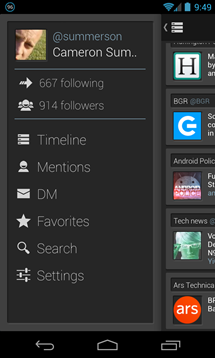 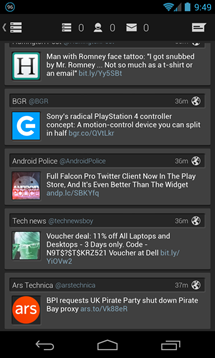 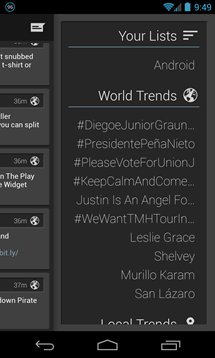 Whether you were a fan of the original Falcon widget or just want a superbly designed Twitter client for phone and tablet devices alike, you'll want to grab Falcon Pro. It's worth every single penny of its $0.99 price tag. Hit the widget below.

November's lineup of new apps really made a strong showing, offering some of the best looking, best functioning, and best quality apps we've seen in a while. Whether you're into photo editing and sharing, music, social media, or gaming, November had something for you in the app department. Of course, even if none of these suited your fancy, you can always keep an eye out for our larger, semi-weekly roundups of apps and games.