Twenty years ago you had to pump quarters into an arcade machine to enjoy the punishing shooter known as Raiden. The game was so successful that multiple sequels followed. Now you can play four Raiden arcade games on your mobile device for a one-time fee. This is a retro gaming experience that tries to preserve the feel of the original game, and still make it work on a touch screen. So is Raiden still awesome? Let's see.

See that thing there? Shoot it. That other thing over there? Shoot that, too. That third whatsit over there? That one is a power up. Grab it. Raiden is simple to play. All you have to do is shoot virtually everything that appears on the screen for any reason. Some of the things you shoot will drop cool weapon power ups, but it's okay if you want to shoot those a few times just for good measure. 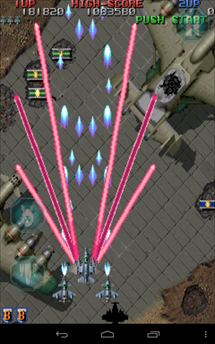 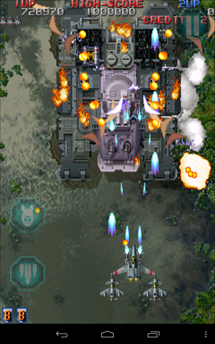 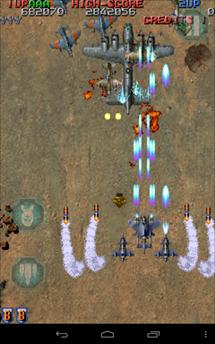 This is a top-down scrolling shooter. You start at the bottom of the screen, and the enemies flow in from the top. You don't have to kill everything, but it's dangerous to leave anything alive for long. All you have to do is make it to the end of the stage where an elaborate boss unit will be waiting for you. Take a direct hit, and you die. It's really pretty straightforward.

Four Games Of The Same Stuff?

Raiden Legacy comes with four games: Raiden, Raiden Fighters, Raiden Fighters 2, and Raiden Fighters Jet. The basic gameplay is the same, but there are some subtle differences. The first title is by far the hardest to beat. Even a glancing blow takes you out. The other games are a little more forgiving in that you can block some projectiles and take a small amount of light damage. 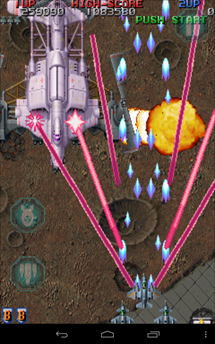 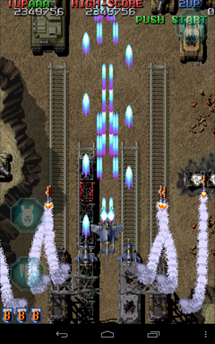 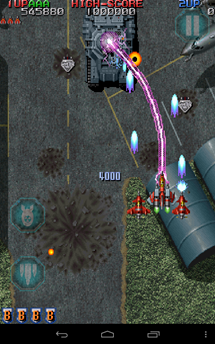 Every second there are loads more aircraft, tanks, and insane multi-level flying gunships diving right at you. If it was the same three  enemies bearing down on you, I'd have given up on this title immediately. Actually, Raiden would not be a beloved classic franchise if that were true. There is a great variety of enemy units to contend with in all the games, each with different attacks, maneuvering capabilities, and weapons. I don't want to give the impression that you're just mindlessly shooting things, You do have to direct your fire to take out the most serious threats, and also choose your time to sweep upward and grab the power ups.

The first game limits you to a single craft. In the sequels you can pick from many different ships, each with unique stats and weapons. You get the same power ups, but the ships react differently to them. One ship might get a continuous beam cannon from the laser power up, while another gets glowing crescents that ricochet around the screen. You might think it would get tedious doing essentially the same thing through four games, but the little things like this keep it interesting. 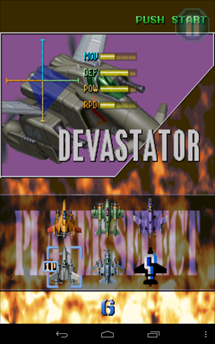 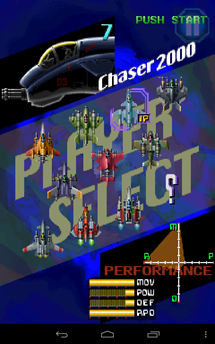 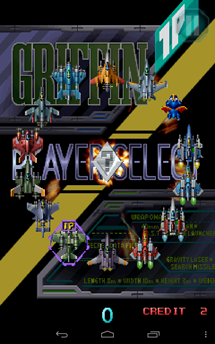 Another thing: all four titles are unforgiving. If you run out of continues, it's game over. This is not like modern games that coddle you and let you pick up at a save point. You have to start over if you die. The number of stages varies from eight to about twenty in each game, so don't expect to win the first time through. There is plenty of content here when you consider it's really hard to emerge victorious.

There are a number of control schemes in Raiden Legacy, but the defaults are probably the best. That is, autofire on with "fast touch" controls. If you want a more authentic experience, you can turn autofire off and mash the fire button, but I don't recommend this. Likewise, you can use arcade touch mode. This is just like fast touch, but it only allows you to maneuver at the reduced speed from the original game. I say you're already at a disadvantage playing on a touchscreen, so take the assist of more responsive touch. 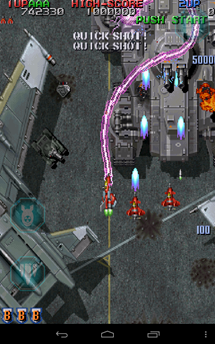 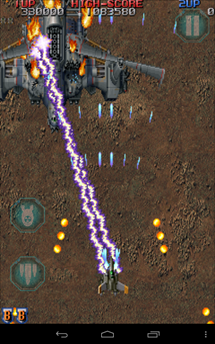 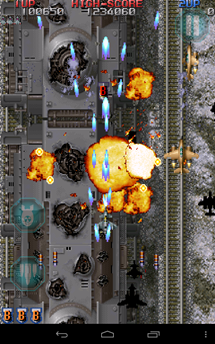 You fly your ship by dragging across the screen. You can start dragging anywhere, but the ship movements are about 1:1. If you want to go from one side of the screen to the other, you have to drag all the way over there. This is okay, but it gets a little tiring swiping from one part of the screen to another, especially on a tablet. There are attack and bomb buttons on the screen. If you're playing with autofire on, pressing and holding the attack button sets up a charge shot. That's useful for taking out a large cloud of enemies.

The controls are acceptable, but playing this hectic game on a touchscreen is never going to be as easy as a real mechanical joystick. As long as you stick to fast touch mode, you should be able to survive for a while.

Each sub-game in Raiden Legacy is supposed to look like the original version, just a little cleaned up. The developer has built in a video filtering setting that is enabled by default. However, it looks kind of bad. The filtering is essentially smoothing out the pixelated edges of the game elements. This makes things look blurry and low-detail. If you ask me, it also takes away from the retro feel of the game. I say turn this off. Luckily, the effect is almost below notice in the later games which have crisper graphics anyway. It's the original Raiden that is most affected. See below for Raiden filtered on the left, and regular on the right. 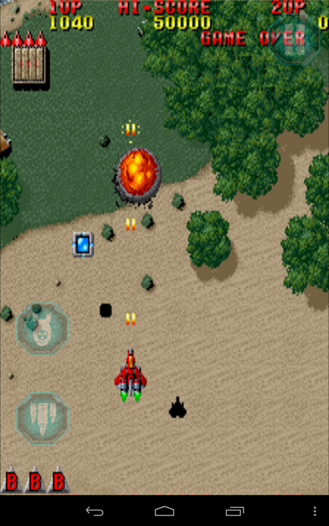 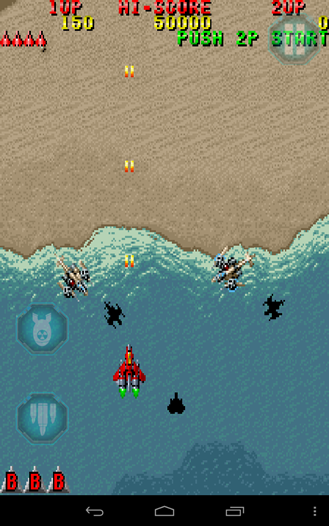 The music in Raiden Legacy is straight out of the originals. I love what I can hear of it, like Mozart banging on a MIDI keyboard, but the sound of gunfire mostly blocks it out. It makes me feel like I'm back in that crowded 90s arcade every time I play.

If you like shooters or classic arcade games, buy Raiden Legacy. Although, I should point out again that this game is hard. One run of bad luck and 20 minutes of careful maneuvering is down the tubes. Anyone that tends to get frustrated with games should take a pass. $4.99 is on the expensive side, but this title is just that much fun. 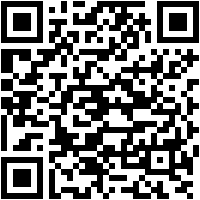