Despite the slew of devices released since Summer, the Galaxy S III remains one of the most popular handsets in the Android world right now. If you were looking to get your hands on one without signing a new contract, eBay Daily Deals has both the black and blue international versions for $499 unlocked. 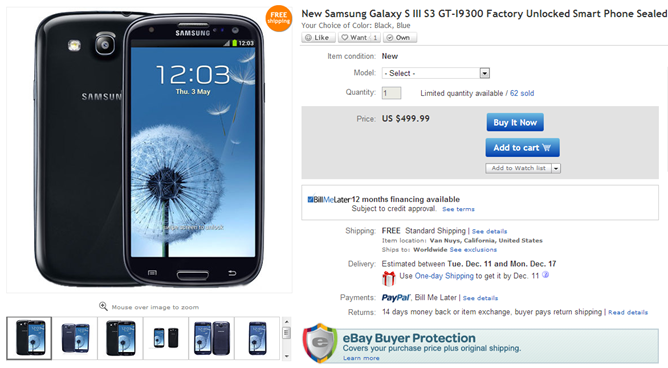 This is the most affordable we've seen the device so far in an unlocked form, though you can still get it for as low as $550 from some other venues, so don't worry too much if you can't grab this deal today. Still, $50 is $50. If this is on your holiday shopping list, go for it.

Reminder: The HTC One VX Is Available Today On AT&T For $50 On Contract