Prev
Posts in the last
24 Hours
sorted by
Hottest
Next
Update: It turns out someone jumped the gun on this one, and the game isn't actually available just yet - which is why so many users are getting the "validation error." Rockstar is aware of the issue and posted a statement on their official blog:

We’re aware that some users have attempted to download Vice City: 10th Anniversary Edition from the Google Play Store and have experienced validation errors. Just to be clear: the game is not available for Android devices just yet, and if you’re seeing it listed on the Store then this is an error, and you shouldn’t attempt to download it. We’ll keep you up to date and let you know as soon as the game is live and available to purchase.

We're not sure if this means it will be out later today or at some other point, but we'll keep you posted as soon as we hear something.

Update #2: Looks like it'll take a lot longer than expected for the game to come back, according to Rockstar Games:

Update for 12/6/12: Due to unforeseen technical issues, the Android release of Vice City will be slightly delayed. Our goal is to get this out for Android by the end of next week. Our apologies for the delay to all our fans on Android devices and please stay tuned for updates.

Several months after we heard the news of Rockstar Games bringing its 2002 hit GTA: Vice City to Android, the company just launched the coveted 10th anniversary edition title without a hint of a delay. Rockstar actually contracted War Drum Studios, the maker of Auralux, to do the leg work on the mobile port, but it really doesn't come as a surprise since War Drum was also the developer of GTA III and Max Payne in the past.

The action in the game takes place back in the 1980s in Vice City, a town based on Miami, Florida. Your job is to take it over and rise to the top, one stolen car and beaten hooker at a time. But really, you know exactly what GTA is like, so why aren't you already downloading it instead of listening to me blab on about updated graphics, character models, and effects as well as controls tailored to mobile gaming, including MoGa compatibility?

Just like GTA III, Vice City costs a reasonable $4.99 but this time requires 1.5GB of free space, so make sure your device has some available and don't forget to flip Wi-Fi on. 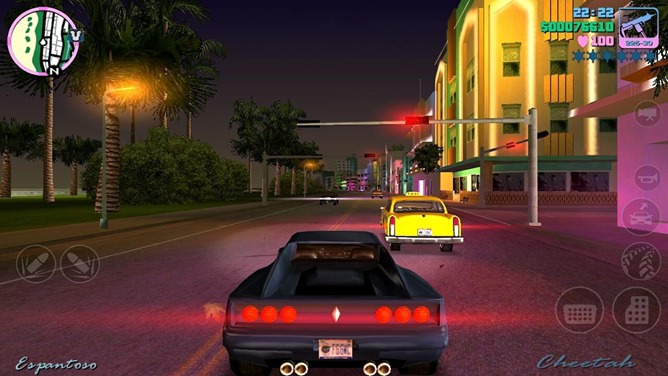 Compatibility seems decent, but definitely has some holes. Such popular devices as the One X and EVO LTE are not supported, for example. Here's my list, but your mileage may vary: 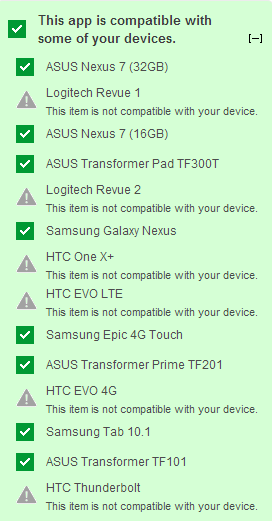 Unfortunately, it seems like the launch of Vice City was completely botched due to "Xapk validation errors" which users are complaining about en masse. From our end, we're hoping for a quick fix such an excellent game deserves. By the way, Rockstar Games and War Drum Studios, if you're listening, Google lets you host game assets for free on their servers - why not utilize this functionality? Perhaps doing so could prevent silly errors like this one from occurring in the first place and will surely ease the load on your hardware. Just a thought, 'k?

Meet The DoorBot: A Wireless Doorbell With Video, Two-Way Chat, And Lockitron Support

HTC Butterfly Coming To China As X920e, Plus A 3G Version Being Released Internationally