If you've been lusting after Samsung's S-Memo functionality (found on numerous Samsung devices like the Note II, LG has something similar too), but for any piece of Android hardware, a new app called Ink Over Apps is definitely worth looking into. Its functionality is pretty limited at this point, but what it does, it does well. And what it does is let you draw on your screen and then save a screenshot of what you've drawn. 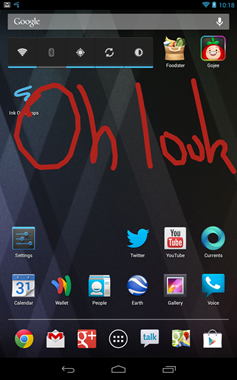 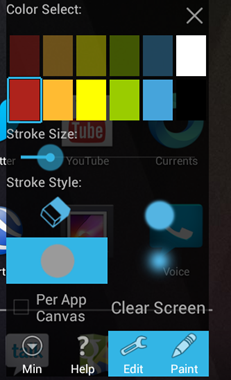 Ink Over Apps lives in the notification bar, and lets you draw over a live image of your screen using a floating toolbar (as opposed to taking a screenshot and then drawing on it), which makes it quite unique. The app can be called up at any time simply by pulling down the notification bar and hitting "Show."

Combined with one of those 3rd-party styluses, you could have a passable markup tool. This could be pretty handy for showing a relative how something on Android works, presentations, or marking up text on your tablet. It's just $0.99, and given that there really isn't any other app quite like this one out there at the moment (weird, right? I looked, too), that's money well spent. 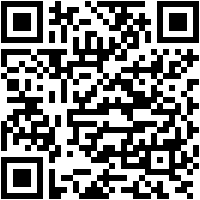