For the last few weeks, I’ve had the fortuitous opportunity to spend some time with the Microsoft Surface RT. I have a few thoughts I’d like to share about that experience. 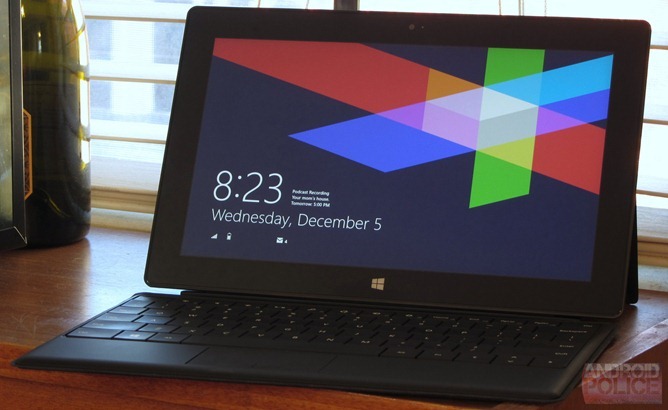 Drive / document editing and creation at large on Android sucks. Office on the Surface RT blows it away. Not even close. Office RT still has its quirks, but Microsoft continues to show that it dominates the spreadsheet and document ecosystem for a reason: it’s had nearly 30 years of experience perfecting it. Google Docs is a middling product whose only real strength is real-time collaboration / sharing. Microsoft is well on its way to emulating this, and frankly, once it manages to hone that concept, I see no reason to care about Google Docs (or Drive – whatever you want to call it).

Update: I totally understand that productivity is not simple a matter of Office - this section would probably have been better served with a different title - so I added a parenthetical to indicate the focus on Office vs. Drive (Google Docs). Sorry for the broad strokes!

IE10 makes Chrome for Android look like a toy. It renders more quickly, scrolls much more smoothly, and generally is quicker (tab switching needs serious work). It simply makes for a better browsing experience than what you get on Android. Again, because it brings basically the entirety of the desktop browsing experience with it (especially if you're using it in desktop - not not-Metro - mode), like Office RT brings the desktop productivity experience. At no point does IE10 feel like a "gimped" product. Can't say the same for Chrome on Android. 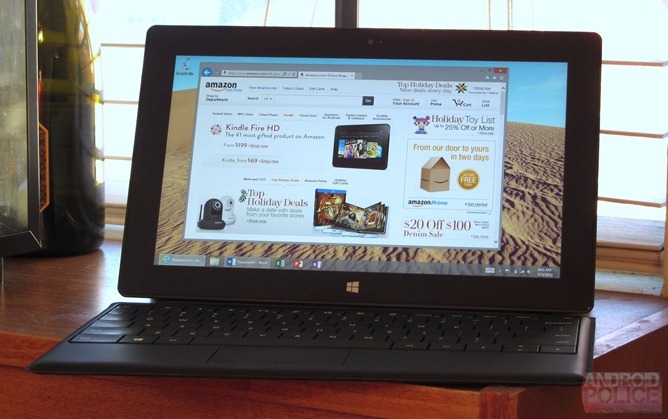 Yo dawg, I heard you liked windows.

Android multitasking has refined itself over time, but Windows RT uses the same multitasking solution found in Windows 8. And it’s better. Windows was designed from day one to be a multitasking operating system. Android was designed to be highly modal. It’s kind a of a “duh” victory for RT here.

Windows 8 RT can go from super smooth and blazing fast to annoyingly laggy and unresponsive so quickly it makes me feel bipolar. One moment I’m in awe, another I’m furiously tapping at the screen wanting to throw the Surface out the window. Android is just far more consistent in terms of performance.

Windows RT still has a pretty meager app selection, though there are already a number of very high quality apps available. Cocktail Flow (also on Android), for example, is gorgeous. Hulu Plus works pretty well. Netflix is decent. Epicurious’ app, unlike Android, doesn’t make me want to self-harm. It’s hard to say how quickly the app selection will grow at this point, but if Microsoft’s dev tools allowing x86 / ARM cross-compatibility are as robust as we’ve been told, I’m optimistic that quality Windows 8 touch-friendly apps will eclipse Android ones fairly quickly. 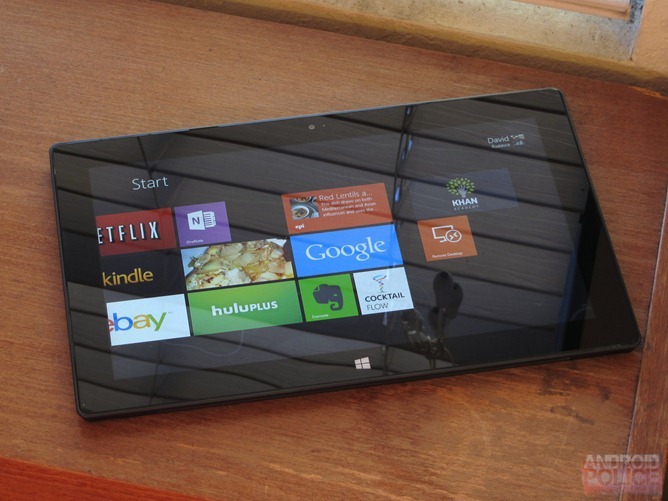 I find both Windows and Android pretty natural at this point, and having a Windows desktop on the Surface is powerful for things like multitasking. And a lot of Windows 8 RT’s gesture actions and such are pretty cool – much more slick and visually appealing than Android’s. Some of them are also absurdly frustrating because they're unintuitive, whereas Android is far more straightforward and simple to operate. RT makes you think too often, though once you get used to the weirdness, it generally sticks.

Mixing lifelong Windows users and touch is definitely teaching an old dog new tricks, so there are bound to be growing pains. Android wins for ease of use, but Windows RT wins on presentation and, frankly, innovation.

The Surface is too heavy to use as anything but a small laptop. Too thick. Too wide. I tried using it in bed or while sitting in a chair, and it’s just unnatural. I revert to the laptop position with the type cover and kickstand instinctively, and have no desire to use it without the keyboard / mouse crutch.

Separating the Type Cover from my Surface is like ripping the pacifier from an infant's mouth. In a way, that's a positive - the keyboard is a very powerful tool. Which is the total opposite of Android keyboards, which are occasionally useful at best (my Transformer Prime's keyboard dock was really just a stand / battery in disguise). However, it severely limits the Surface's usability as a tablet. You just won't want to wean yourself from the keyboard and trackpad teat - and Windows RT is a total enabler.

That said, I do find myself very naturally mixing touch input and mouse / keyboard on the RT, because the gestures are so great and efficient at navigating the OS. It’s a little weird. I get an anxious impulse to clean my screen a lot because of it – my brain is thinking, on some subconscious level, “Your laptop’s screen is FILTHY! CLEAN IT NOW!” only to have it soiled again 30 seconds later.

Right now, Surface is too buggy, expensive, and weird for any normal person to buy it. It’s going to be a total commercial flop. Surface Pro probably will be too (even if I totally want one). But I have zero doubt touch-enabled Windows 8 convertibles and tablaptops (tablets used mostly as small laptops) will catch on. Microsoft has done a hybrid touch / mouse and keyboard OS right. They’ll kill (or become) the Ultrabook. It’s going to take some time to get all the kinks worked out, but I have no doubts about the ecosystem growing around this platform, or the average person’s willingness to live in the Windows 8 world. It’s nice.

Should you, the geeky enthusiast, buy a Surface, though? Hell no. Total waste of $500 ($630 if you want the proper Surface experience). It’s more science experiment than serious tool at this point. Then again, an Android tablet is even less of a serious tool. At least it has a killer Gmail app and lots of games, though – which the Surface does not (yet).

In summary, if you don’t have a Nexus 7, get one - it's a far better tablet (that is to say, casual consumption / entertainment device) than the RT. But don’t be surprised if a year or two from now a small Windows 8 (RT or otherwise) touch-enabled tablatop starts to look appealing for actually getting things done. 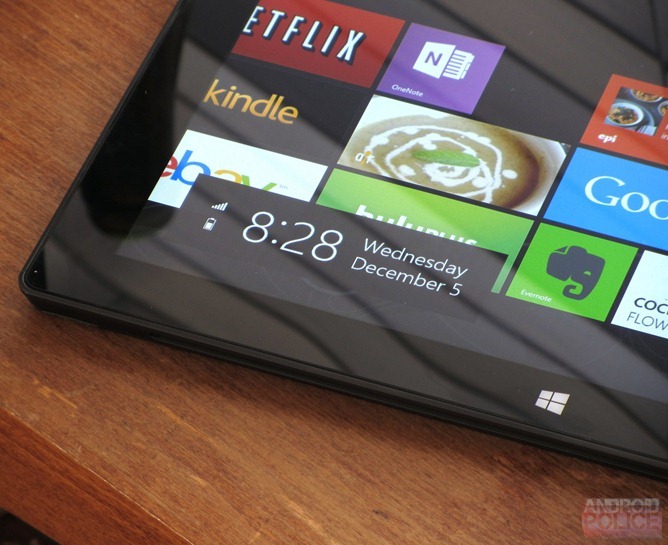 Note: This is a modified, lengthier version of a post I wrote on my personal blog (if you should so desire, you can find it on my Twitter feed).