We know what you're thinking – a word game adventure? The combination definitely doesn't sound natural (if I were playing Game Dev Story, I wouldn't dream of trying this title), but SEGA of America has managed to make it work with Spellwood: Word Game Adventure.

The title, which just recently hit the Play Store, invites players to "become a wizard with words" through simple yet engaging gameplay that combines the concepts of adventure and magic with a tile-based word game.

Spellwood offers multiplayer using Facebook or Google+, or a solo mode in which players will confront over 90 enemies in various towers across the game's map. Spellwood's battles are – of course – word-based, meaning players will duel by taking turns playing words for as many points as possible, using magic and items to get more points, switch letters, and more. If you subtract the adventure pretext, Spellwood is kind of like a fast-paced Words With Friends that also introduces strategic power-ups. 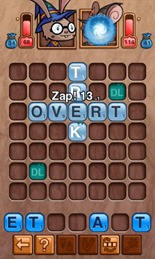 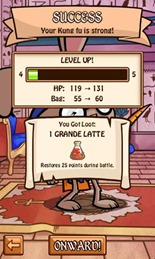 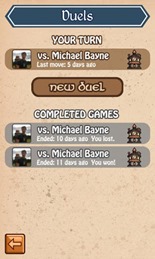 If you're a fan of word games, you'll probably like Spellwood. It's a scrabble-esque game with enough unique elements to justify its $1.99 price tag. Just hit the widget below to grab the download.

T-Mobile Removes Nexus 4 From Its Website Entirely [Update: It Returns, And At $199] Self-Checkout Service 'QThru' Comes To Android As The Company Gears Up For Its U.S. Rollout