The game, a spinoff of the original Order and Chaos, takes place in a "unique fantasy setting" where players will join a battle that's been raging for centuries. It pits teams of three or five players against each other in one of two maps (depending on your party size), combining non-stop arena combat with RPG elements. Players can choose from 30 unique characters, six of which will be offered for free each week. Other characters can be acquired through in-app purchase, along with skill and equipment upgrades (that can also be earned in-game).

Heroes, for those times when you can't find four other people to go into battle with, also offers AI foes and companions.

If you were a fan of the original Order and Chaos, or if you just enjoy a good battle, you'll probably enjoy Heroes. Just hit the widget below to grab the download. 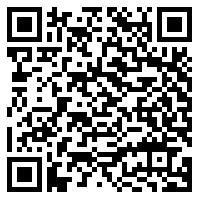 Dropbox For Android Updated To v2.2.2, Finally Brings The Ability To Move Files And Folders [Exclusive] How To Root Republic Wireless' Only Phone: The Motorola Defy XT