Yes, the Play Store has been plagued by issues. Not the least of which, if you don't live in the U.S. or Canada, you've probably had an even harder time than most getting your hands on Google's newest flagship phone. If you want to get in on the furiously refreshing action, and you happen to live in the UK or Germany, today is your lucky day! Starting at 5PM local time (GMT for UK, CET for Germany... so pretty soon), you can order the device directly from that search engine all your American friends keep saying has a horrible ordering system. 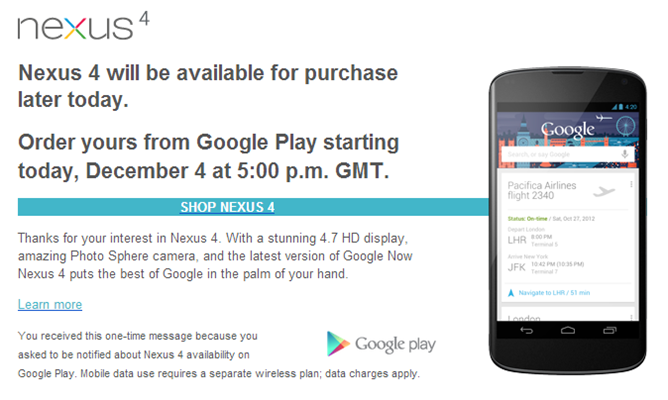 One thing to keep in mind, if you do order though: if you try to place a phone order and the system encounters an error, don't keep resubmitting your request over and over or refreshing the page a bunch of times unless you are prepared to deal with possible problems with your cart and perhaps even lengthy phone calls to Google support later on. The first time the Nexus 4 was released, the most problems for users came within the first half hour, so keep that in mind. 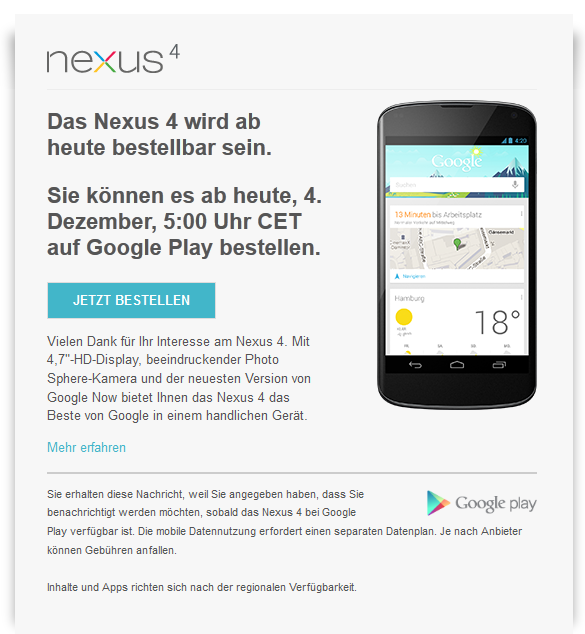 Thanks Luke, Robert, Ersen, and Mr.Areti!