Hey, have you heard? Gamepads for smartphones and tablets are a thing. A thing that is quickly becoming the Android equivalent of the many ridiculous iPhone plug-in accessories you'll find all across the web.

So, we're covering another one. It's called PhoneJoy Play. It does this: 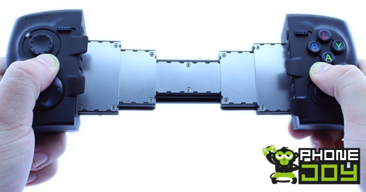 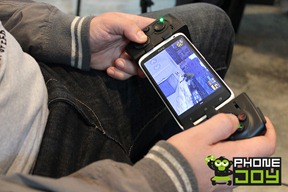 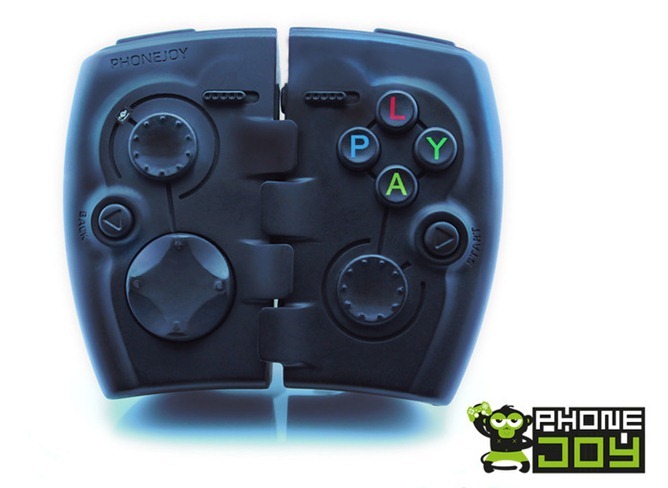 You can fit a phone up to the size of a One X in the PhoneJoy Play horizontally, presumably. It connects (hold your applause, please) via Bluetooth, it requires games to implement compatibility (likely through an SDK to get full, native functionality), and you can fold it up into a more compact shape for play on televisions or tablets. The best part? It costs $50. Man, I can already see people lining up to drop fifty bucks on a game controller with absolutely no assurance it will ever achieve anything resembling popularity!

To be fair, the Play does have the advantage of its creators having made and sold another controller previously, which means there are games out there already that it works with. Still, the compatibility issue, for me, isn't exactly assuaged by a head start in a market where no one has really succeeded in a big way.

I'm sorry that PhoneJoy's project is becoming the target of my little anti-gamepad crusade, but I look at products like this and see little more than another case of startup fever. Someone at some point had the decent thought that "Hey, smartphones and tablets could use physical game controllers, like a mini-console!" and now every guy that wants to be the next Steve Jobs has suddenly "figured it out" and come up with their amazing take on this already ridiculously tired idea.

I am not saying that a smartphone gamepad is inherently a flawed concept. But not a single one I've seen has actually done anything to address the one innovation roadblock to wide adoption - compatibility. And that's because solving this conundrum requires one of two things: a really awesome, innovative idea that makes the controller "just work," or a ton of money to bribe developers into playing ball with free hardware development kits. Both of those things are hard / expensive. And it seems eminently unlikely either of them will be happening with the PhoneJoy Play.

Hell, the Sony Sixaxis probably has more Android support than any 3rd-party controller on the market, and that's solely because millions of people already have the hardware. And even then, compatibility still isn't anywhere near complete. I find it tough to believe that a Kickstarter project reimagining an idea we've seen a dozen (or more) companies already try is suddenly going to be that breakout product no one saw coming.

So please, entrepreneurs, I implore you: stop with the Android gamepads unless you think you've actually solved the compatibility riddle. Until then, I direct you to this rather fitting image from PhoneJoy's Kickstarter page. 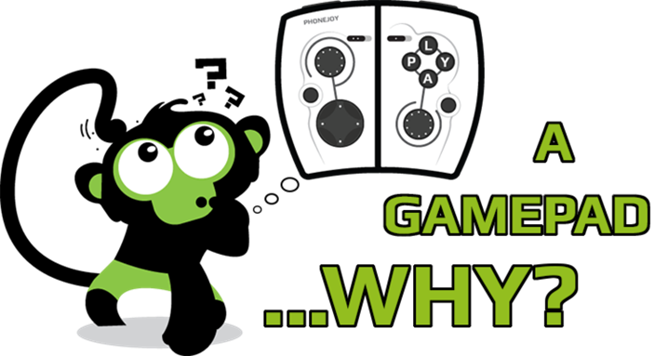 Netflix Signs Deal With Disney To Get First-Run Movies In 2016, Huge Library Right Now, US ...