Under the hood of Google Now, powering all those beautiful cards that pop up when you search for certain things, is Google's Knowledge Graph. In what might be the company's most ambitious project ever, Google aims to categorize and classify all information so that when you search for, say, Jeff Goldbum, the search engine knows you might also be interested in information about Chaos Theory or survival tips for raptor attacks. Today, the company announced an extension to this already-huge product: availability in Spanish, French, German, Portuguese, Japanese, Russian, and Italian. Pretty huge. 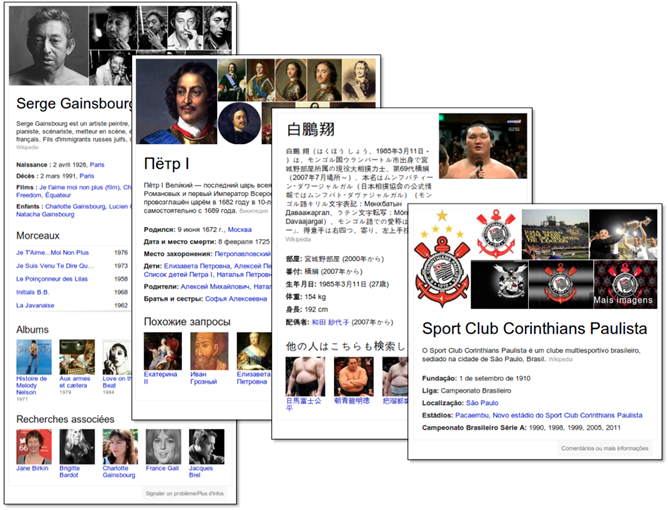 As Google briefly explains, this endeavor is about more than just translating words ("'football' means something quite different in the U.S. than in Europe" for example). It's an undertaking that seeks to explain ideas to a machine and connect humans with the information they want, even if they don't know what it is they're searching for. In other words, the company only wants to create the information machine that man has been trying to build since the dawn of time. No biggie.

Google also took this opportunity to drop a few stats on us concerning the growth of the graph: there are now over 570 million entities and 18 billion "facts and connections", however that is measured. Also, as for things that non-engineers can appreciate, there are now about three times as many global queries that the Knowledge Graph can respond to as when it first launched in May of this year. Make no mistake, this is Google's crown jewel. If anyone wants to enter the search world, this is the gold standard they'll be measured against.