As gamers, we've all become familiar with the tie-in title. These are usually released in conjunction with a movie or TV show to widen its exposure, and historically they're usually pretty sub-par.

However, Disney's Wreck-It Ralph subverts this trope because it's in the unique position of being based off of video games. That's kind of hard to mess up. 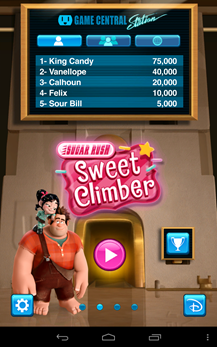 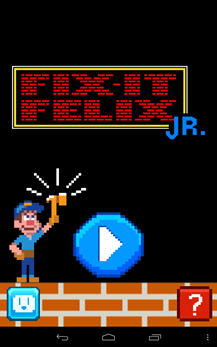 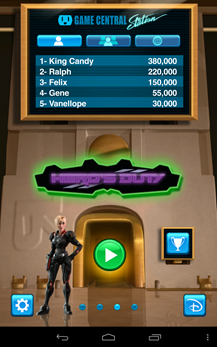 Wreck-It Ralph is a series of three (soon to be four) arcade games that feature characters and environments from the movie. The first is a direct port of the Fix-It Felix Jr. arcade game that Ralph calls home, the second will remind players of Doodle Jump and other "bounce as high as you can" games, and the third is a very modest twin-joystick shooter.

Each of these games have their own offline and online leaderboards, which allow you to compare scores with the world, and/or friends on Facebook. Besides that, there is little to this micro game-suite: you won't find any cosmetic items, credits to earn, or in-app payments. This is really refreshing, because at $0.99, Wreck-It Ralph's simplicity contributes to its overall quality.

Fix-It Felix plays very much like the Donkey Kong and Mario Bros titles it was based off of. You'll jump from platform to platform fixing windows as Ralph proceeds to wreck them. You'll also dodge bricks thrown by Ralph and birds that fly horizontally across the screen, as well as navigate obstacles like flower planters that prevent you from moving upwards, or open shutters that block side-to-side jumps.

However, it has the same problem as a lot of other games from the past do: its format hasn't aged well. Mashing the button to fix windows and moving through never-ending levels can be fun for a little bit, but once you pass the ten minute mark it can become dull. While new challenges are added to make the game harder, the overall look of the game doesn't change, leading to a very repetitive experience. 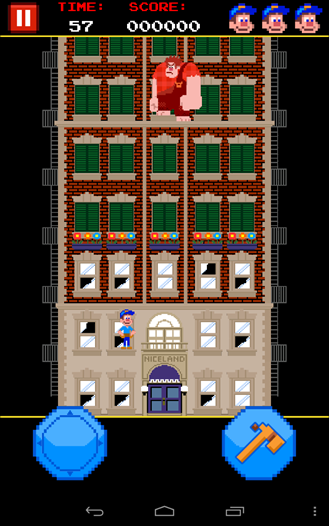 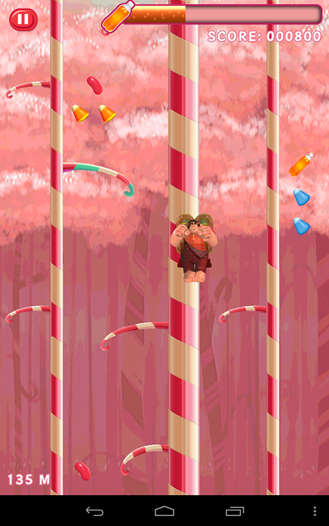 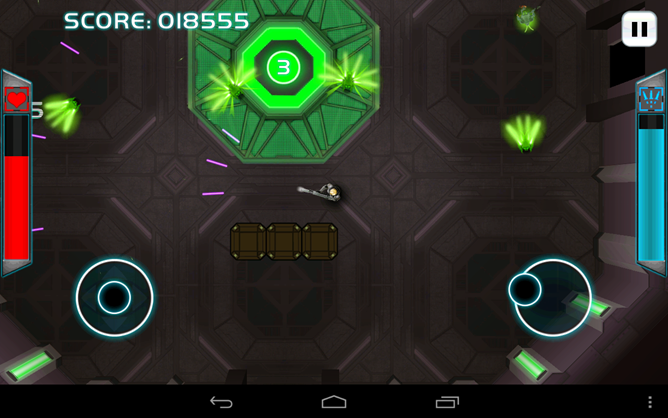 Sugar Rush Sweet Climber is just as simplistic, but holds up better because the game type is a bit more recent. You also have the benefit of multiple power-ups, which will add a little bit more variety to each play-through. Like we said before, the mechanics are nothing new, but it remains a great port of something familiar, and will serve you well.

Hero's Duty is a concept that most mobile gamers will find familiar, too: use one joystick to move, and the other to shoot. While mowing down waves of monsters, you can pick up power-ups, shoot exploding barrels, and keep the enemies from eating the very floor you're standing on. Its controls are tight, and like Sweet Climber, it does a good job at transplanting something that works into the world of the movie.

A common theme of these mini-games is familiarity, and you may be wondering why you might pick up this game when much better titles are out there. The answer to this is that while the mini-games in Wreck-It Ralph aren't anything new, they almost provoke the same amount of nostalgia as the movie does. Everyone remembers the first time they picked up one of these games that just clicked with them, and thankfully the developers have managed to exude the same amount of polish here.

Instead of making a lazy port that shamelessly bit off of something they knew would sell, you can tell that there is an amount of effort put into this. The fact that there aren't any ads, toy placements, or other gimmicks needs to be emphasized: it's rare that you see something licensed that is so... pure?

Also, at $0.99, you'd be hard-pressed to find a better title for the young ones in your life. Making a game that allows them to enjoy popular mechanics with characters they know from the movie is a very budget-friendly way to get them hooked.

So while Wreck-It Ralph may not be for you personally, consider it as a gift, or as a way to entice fans of the movie to become introduced to the facets of mobile gaming that we all find so enjoyable.