Sprint and T-Mobile might have beaten the big boys to the punch, but now it's AT&T's turn to get its Galaxy S III updated to (almost) the latest and greatest version of Android. The 4.1.1 update has started showing up for users of the AT&T Galaxy S III (that's the SGH-i747) in the Samsung Kies update and sync software.

Update 12/4/2012: AT&T just announced the update, and it looks like it will indeed be coming only via Kies. 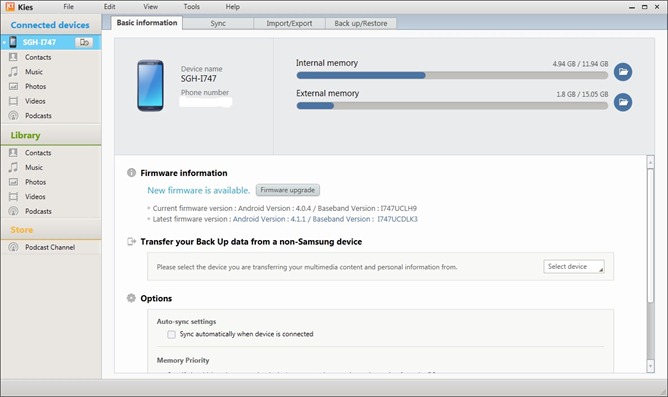 The device launched with Android 4.0.4, so users can expect some solid additions in this update like Google Now, project butter, and enhanced notifications. The firmware clocks in at 738MB and the Samsung servers are reportedly standing strong so far. There is no word of a full OTA push at this time, but it might still happen after the early adopters take the new software for a spin.

It seems like everyone is able to find the update in Kies at this time regardless of location. However, if Kies isn't working for you, the firmware can be downloaded from the mirror below. It's up to you to get it on your device, though. It might not be Android 4.2, but you can't have everything. Those poor souls on Verizon are still waiting for the official 4.1.1 update to pass Big Red's testing.