Start with a base of Google+'s Instant Upload, mix with about three cups of Instagram (sans filters, of course), add a dash of personal Pinterest and what you'll get is a photo sharing app from Nero that serves 3-5 platforms. The company that you best know for including a free trial of something DVD-related on any computer you bought in the last decade has released a free Android app that automatically uploads any picture you take on your phone to its central servers and makes it available on any device you have the app installed on. It actually sounds pretty nifty. 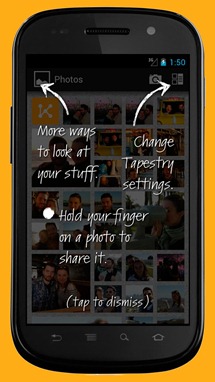 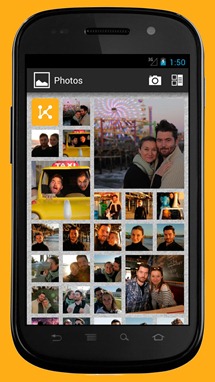 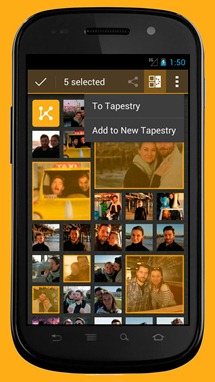 The way the app works is, much like with Instant Upload (or Facebook's new PhotoSync), once you take a picture, it's automatically uploaded to Nero's servers and then made available to any device you own. You can either share individual photos or create what are called "tapestries" that look like digital collages of a bunch of pictures (like the one in the screenshots above).

The theme for this app seems like a blend of the new unified Android UI and Windows Phone, which is kind of fitting since it's designed to be cross-platform. Currently you can install NeroKwik on Android, iOS and Windows RT, with PC/Mac support coming later. The UI actually hits that nice blend where you can't quite tell if it's designed for Holo or Metro, but it looks at home on either. This is also somewhat of a commentary on how versatile Android's interface is, but that's a discussion for another post.

The app is free right now on the Play Store.

After Hitting 9-10 Week Shipping Estimate In US, 8GB Nexus 4 Goes Out Of Stock Yet Again