Earlier today, we noticed a bug report for a very strange issue with multiple user accounts on the Nexus 7. Apparently, certain applications are displaying the underlying screen - be it the wallpaper, app tray, or the Play Store (depending on where the app was launched from) - through the foreground app. But here's the kicker: it's only happening on secondary accounts. Yeah, it's confusing and strange.

There's also a Reddit thread that confirms this is happening, and it seems to only be affecting apps that call on some sort of transparency. To make sure it's not just a N7 bug, though, I grabbed the N10 to see if it suffers the same issue. Sure enough, this is definitely another Android 4.2 bug. 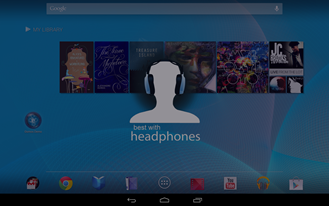 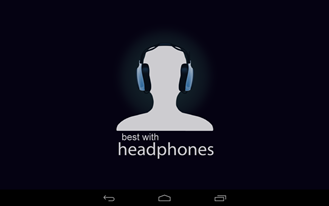 On the left is a secondary test account on the Nexus 10 running Osmos. On the right is the same screen displayed correctly on the primary account of the Nexus 7. In this circumstance it's merely a splash screen and it doesn't affect gameplay; however, there are other examples of this happening during gameplay.

There is a (kind of) solution, though: if the game is also installed on the primary account, the issue no longer occurs on any of the secondary accounts. Remove the game from the primary, and the issue returns. It's quite bizarre.

At this point, there's little explanation as to why it's reacting this way. It's just another thing to add to the growing list of Android 4.2 bugs.

Getting To Know Android 4.2, Part 2: The Revamped Gallery