One of the coolest features about Google+ is its ability to automatically upload all the photos you take and then allow you to selectively share them at your convenience. While Facebook has been testing this same type of feature with a few users since August, the service is now rolling out publicly to everyone. As long as you have the most recent version of the Android app, you should be able to enable it soon. 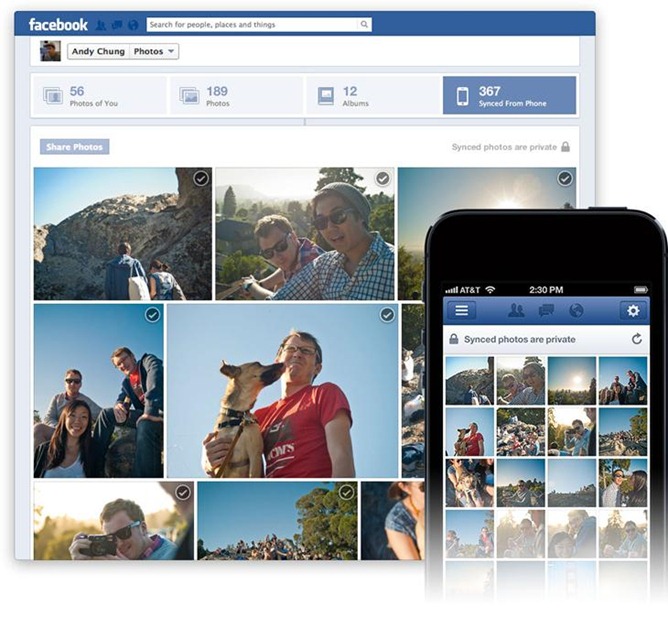 It's a little unclear how long the rollout will take, but the feature should be seeing much wider availability. It won't be automatically enabled, though, don't worry. In order to turn it on, you'll have to go to the Photos app in the navigation sidebar in Android and tap "Sync" to activate it. After that you can choose whether photos will upload over WiFi only or your data network as well. According to a help page here, you can store up to "about 2GB" of photos.

This is certainly a big deal, as Instant Upload was a distinguishing feature of Google+. Of course, Facebook has over a billion users, and if there's one thing that the social network likes to specialize in, it's sharing photos. This is a major turf war between the two networks and we can only expect the battle to get more fierce.

Of course, that's great news for us. Photo editing, for example, has only gotten better, both on Google+ and Android. Hopefully in the future we'll even see some Google Drive integration as well. This all means Facebook has plenty to compete with, and that will lead to better photo services for all of us.

[The Android Police Podcast] Episode 38: The Technical Term Is Thumb-Crotch