Gamevil's Zenonia franchise has been impossible to ignore on Android, if only because there have been four relatively high-budget releases in as many years. The fifth installment of the action RPG series, subtitled "Wheel Of Destiny" in the continuing tradition of semi-meaningless JRPG convention, is available now. It's a free download for anyone running Android 2.2 or later.

Gamevil's claim that Zenonia is the "definitive action RPG" might be a little dubious, but it's certainly got its share of fans. If you haven't played any of the previous games, think of it as old-school, 2D Zelda with more RPG elements: leveling statistics, multi-character parties, and tons of loot. Like both Zenonia 3 and 4, the fifth version is free, but supported by in-app purchases that can boost your party's experience, grant extra revives, and so on.

There's a new story with flashy new sprite-based graphics, but the biggest addition to the series is probably PVP multiplayer. The rules for multiplayer are a little different than the standard game, but you'll be able to collect powerful weapons and armor - all the more reason to shell out a little real-world cash to toughen up your Paladin, eh? 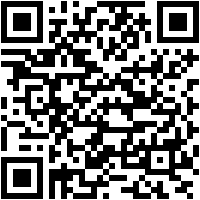