Well hello there, Galaxy Axiom - where have you been hiding? We spotted it on Google's Wallet support site, and this budget LTE phone seems to have been slipped into the lineup of US Cellular without the carrier or Samsung itself making much of a fuss. What's even more interesting is that it's certified for Google Wallet, since US Cellular is blissfully without an ISIS-flavored conflict of interest when it comes to mobile payments. The price on the website is showing as $399.99 outright or $79.99 with a two-year contract, though that may vary by location. 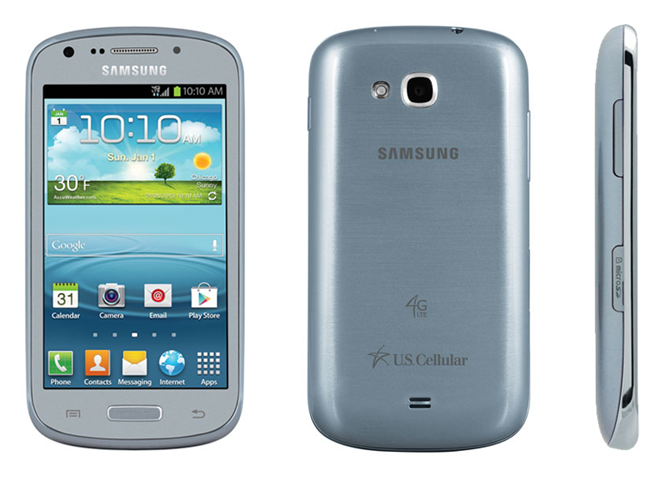 As far as hardware goes, the Galaxy Axiom seems like a slightly upgraded version of the international Galaxy S III Mini. It's got the same 4.0-inch screen and 5MP rear camera, with a zippier dual-core Krait processor (US Cellular lists it at 1.5Ghz, but Samsung's spec site goes with 1.2). Software is Android 4.0 (so a little older than the Mini) with 4GB of internal memory, just 1.8 of which is available to the user, and an open MicroSD card slot. According to the US Cellular site, Google Wallet is pre-loaded, along with Chrome, Flipboard, Samsung's S-Voice and S-Beam, and all the usual suspects.

The Axiom looks like a pretty good low to mid-range choice, especially if you want a more compact design. But if you're looking for a contract, I'd go with the only slightly more expensive Galaxy S III, assuming you like the big screens.

No Nexus 4 You - Anatomy Of A Smartphone Launch Disaster