What looks, plays, and sounds like a Final Fantasy game, but isn’t? If you answered Chaos Rings Omega, I’d like to give you a no-prize. This game comes to us from publisher Square-Enix, who also handles a lot of the other JRPGs that have shaped the genre into what it is today.

Like my colleagues at AP have commented, the Chaos Rings series may be their way of testing the waters before a full-fledged Final Fantasy mobile title, and it shows; the game is one of the most beautiful that I’ve ever played on the Android platform, and it is worth every penny of the $12.99 price tag. If you’re a fan of Japanese role-playing games, you’ll find a lot here to satisfy those tastes.

I’m going to preface this section with a warning: Chaos Rings Omega clocks in at a beastly 1GB of space, and will take a long time to download. This is for good reason, though, as it features graphics that are on par with early PS2 titles without having to resort to lengthy loading times or other corner-cutting measures.

The game takes place in 3D space with 2D backgrounds, letting you move around with an on-screen joystick. The fight scenes are rendered in 3D as well, looking strikingly similar to the Final Fantasy games that predate it. The graphics are inconsistent, but well-detailed where they matter. For every heavily-pixelated piece of clothing or wall-texture, there’s a face that’s smooth, detailed and emotive.

The menus also deserve some recognition for scaling well onto a tablet screen and looking crisp, clear, and functional. The game’s battle scenes play out with a similar fluidity, letting the player concentrate on fighting instead of hunting through inventory screens.

In short, the graphics look amazing, and at a $10+ price point, they better well be. The kicker here is that they actually look better than the price point, and graphics-hungry players won't be disappointed.

RPGs are fickle beasts. There are two control schemes that have to be done right in order to succeed: inside battles and out. Failing at one severely damages the effect of the other, and thankfully Chaos Rings manages to find balance.

Instead of trying an ambitious active battle system (or some swipe-to-attack nonsense), the developers opted for the tried-and-true “you choose your attacks, your opponent chooses their attacks, and you slug it out until one party dies” formula. Old-school RPG fans will be extremely happy with this control scheme, as it offers a certain kind of stability. I can only imagine it must be easier to render fight scenes one after another, instead of on the fly, as well. 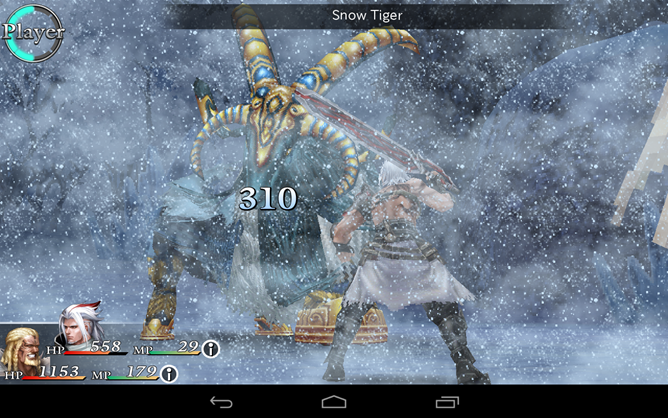 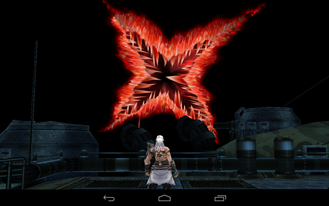 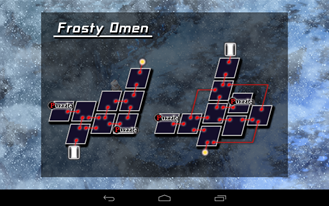 This fight method is great because it lets you calm down, pick your attacks, and see all the options available to you. It also benefits the mobile nature of tablets: if you’re moving while playing, or have to step away for a bit, you can do so without the fear of dying horribly. As stated above, you can also take advantage of the beautiful, clear menus to get your job done.

Outside of the fights, you’ll find that the joystick controls do what they need to in order to get you around the in-game world. The static backgrounds can make it a bit difficult to perceive where paths are, but when it comes to the game’s puzzles or hub levels, you won’t have any problems. The only major trifle I had occurred during an in-game snowstorm, so I can forgive that momentary lack of visibility.

The game also features a fairly deep "gene" system, which allows you to learn new abilities by beating different types of monsters. This encourages some grinding, but other mechanics (and a hook in the story) allow for extended adventures without having to empty your wallet for healing items.

A Stereotype (But A Good One)

For those looking for a good RPG, look no further than Chaos Rings Omega; those looking for a good JRPG, however, may find the game a bit of a retread. All the common tropes are here, from the skimpy female armor to the open-shirted protagonist and gruff barbarian sidekick. As someone who’s played a lot of the genre, I can say that a lot of what happens can be predicted from a mile away, but it's not always a bad thing. Sometimes games do not need to be innovators, but can simply be solid representations of what works.

With Chaos Rings Omega, you’re getting what you’re paying for: a game with great graphics, a stable battle system, and a story that actually has some thought put into it. What you’re also paying for is quality, and that’s a concept that mobile gamers may have to get used to.

While some may be instantly skeptical of a game that charges over $10, you have to look at the alternative: go free/cheap and be hounded for your money through in-app-payments, or actually invest and get a game that's worthy of a console. The choice is yours to make.