Over a year ago, Microsoft released an official Hotmail app to the Play Store. And it sucked. Well, it still pretty much sucks. Now, the same dev team - which goes by Microsoft + SEVEN - has released an abomination they're called "Outlook.com." It's pretty clear that they didn't even try on this one: 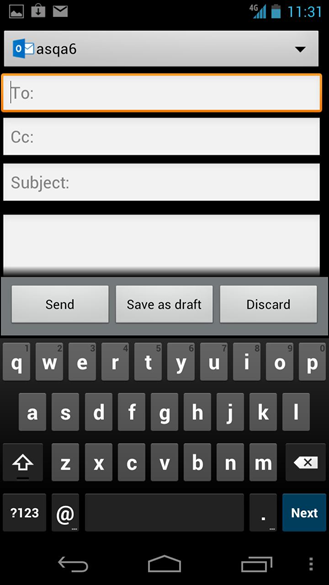 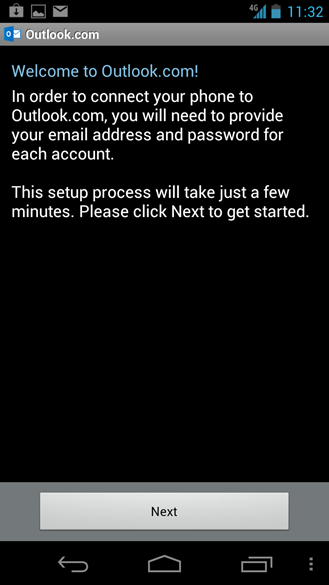 Just look at that UI! You don't have to take our word for how bad it is, though; a quick look through the Play Store reviews should do offer a pretty good idea of what this app's all about: 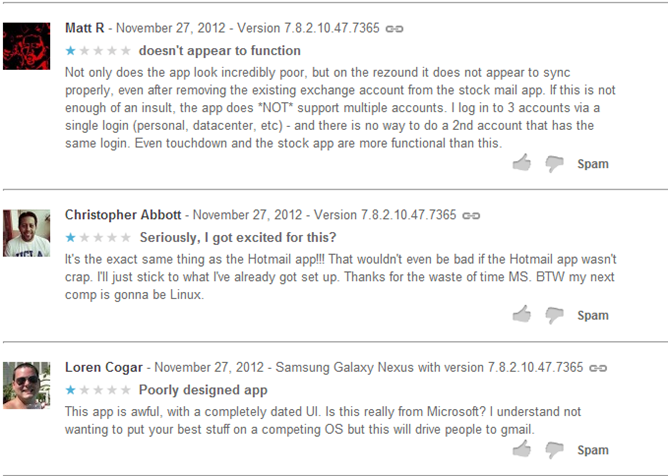 Definitely not a good one for Microsoft. Still, if you're the masochistic type who also uses Outlook.com email, you can give it a shot by hitting the widget below.

Nexus 4, Take Two: Back In The U.S. Play Store (For At Least The Next Few Minutes)

Now You Can Pre-Order Books On The Play Store