Well, folks, we don't want to say we told you so. But if you'll take a look at any app in the web version of the Google Play Store, you'll see that almost all of the reviews have had the name entry changed to "A Google User." Try to add a review, and you'll find that you're required to do so from your Google+ account.

The change seems to have affected the on-device view a little differently - according to checks on multiple devices here at Android Police, the names that were formerly there (usually linked to the old Google Profiles) are just plain gone. Putting in a new review from an Android device at this point, even while logged into Google+, will create yet another entry by "A Google User." Reviewing via the web, even if you've already entered a review, will require linking to Google+. We assume that a forthcoming update will bring the functionality to the Play Store app itself. Google has previously pulled the same switcheroo with Chrome apps and Google Maps reviews. 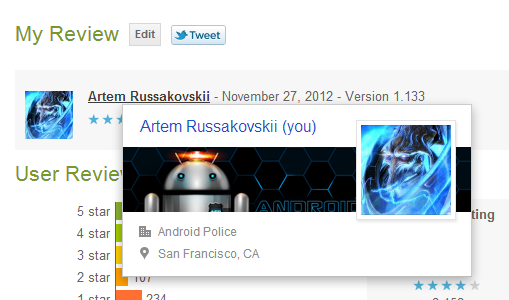 As shown in our APK teardown of the latest Play Store release, the ability to share your reviews on Google+ should be coming soon. While this change certainly makes things seem a little anonymous at the moment, the switch to Google+ integration should help developers respond to complaints posted on the Play Store. Privacy advocates may feel differently. 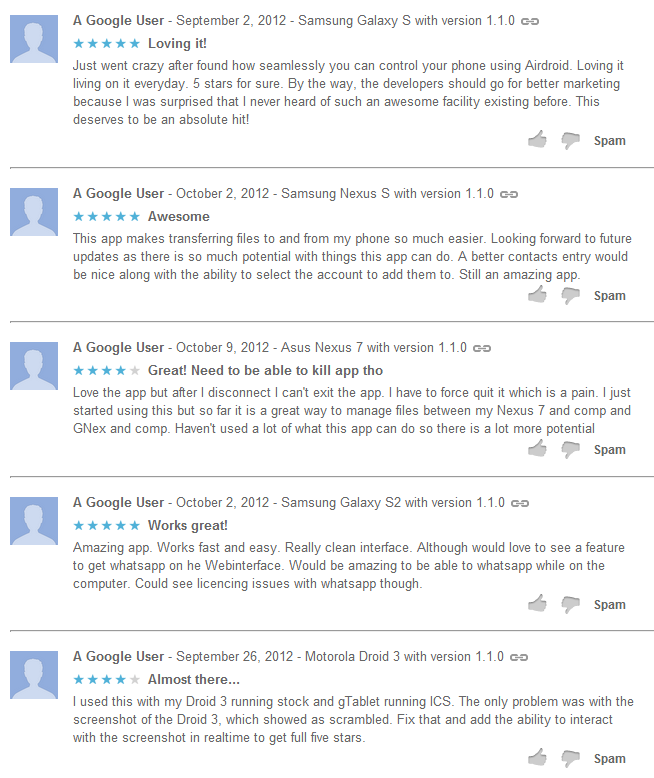 Update: It looks like the server-side update is already rolling out. Nexus 7 users are already spotting the integration dialogue when they try to add new reviews - it should be showing up for everyone soon enough. 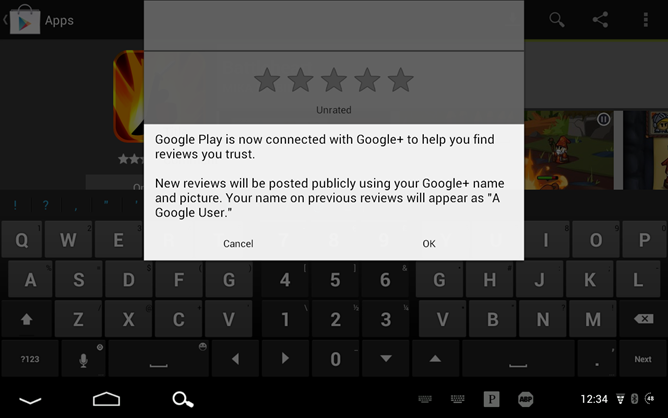 Hyperwave Review: There's A Lot To Like About Lasers