Hyperwave is a fast paced space shooter that might look a little familiar to you. This same glowing neon style was used in Hyperlight, a previous game from developer CatfishBlues. The two look similar, but the gameplay is quite different. Your goal in Hyperwave is to defend humanity from the luminous hoard of alien attackers as they bombard the defensive shields. It's reminiscent of Space Invaders with a few key differences. 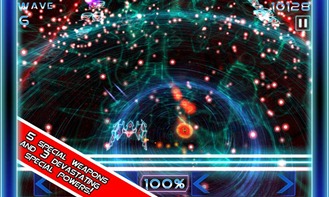 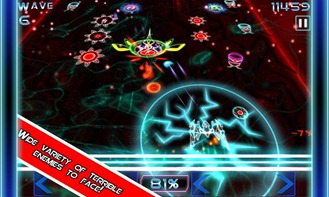 This title relies on dual sliders to move the ship and aim the weapons at the same time. You can move over to one side to grab a shield refill while still keeping up your attack on a cluster of enemies back on the other side. Power ups and special weapons will also drop into play as you're blasting away at enemies, which gives you the opportunity to enjoy some really cool visual effects. The game comes with 50 arcade-style levels to beat and an infinite mode to play after that.

Hyperwave looks great in the graphical department, and it has its own techno soundtrack (if you're into that sort of thing). It's clean and not overly complicated - it is only a 24MB download, after all. Hyperwave is on sale for 50% off, so now might be the time to buy if you're interested. 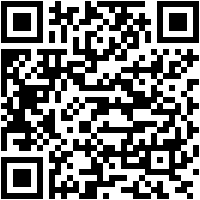