Despite having been out for roughly six months, the HTC One X is still one of the best smartphones you can buy on AT&T. The design and build quality are both fantastic, Sense is tolerable, and it works on AT&T's blazing fast LTE network.

If you walk into an AT&T store right now to buy this phone, you'll be leaving $100 lighter. If, however, you want to grab this phone without spending more than a penny, Amazon Wireless can make that happen. This, of course, requires you to sign a two-year agreement, but the good news is that this deal is for both new contracts and upgrades. 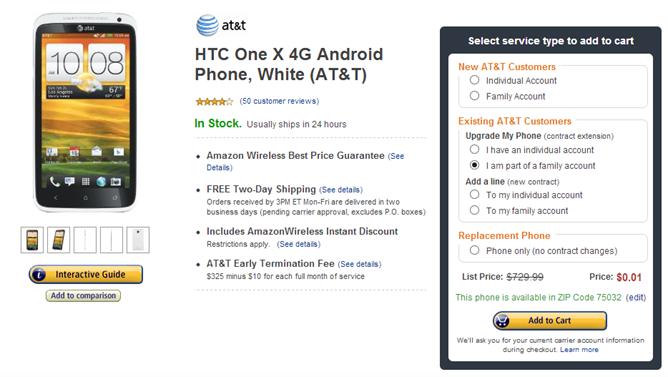 To grab this deal, hit the appropriate link below.

Samsung Shows Off The Upcoming Premium Suite-Enhanced Jelly Bean Update For The Note 10.1