It's been a couple months in coming, but the first in an episodic series of Avengers games is live on the Play Store now. In case you've forgotten, this edition features the Hulk, leading the effort to round up a number of supervillains that escaped during a breakout of The Vault. To celebrate the launch, Marvel and NVIDIA are offering the game for a special promo price of $4.99 (normally $6.99).

Owners of Tegra 3 devices will notice some extra effects and battle damage, but the chipset is not strictly required. However, there is a pretty sparse collection of supported devices. Here's the full list: 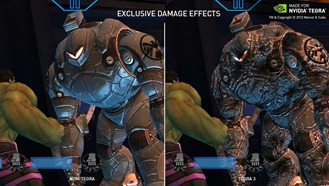 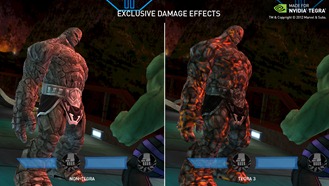 Keep an eye out for our review of the game coming in the near future. In the meantime, you can try it out for yourself right now. As of this writing, the $7 price still seems to be up on the Play Store, so if you're not seeing the promo sale, we'd recommend holding off until it drops. Update: The promo price is now live! Refresh if you don't see it.

On the subject of the delay, Disney had this to say on why it took so long to release the Android version:

"With all the devices we just wanted to make sure the game was as optimized and compatible with as large a set as we possibly could."

So, there you have it. Pretty typical response from the game developer, but it's an empty point now. It's out, so let's make with the smashing already!

Nexus 10 Toolkit Now Available: Get Your Tweak On The Easy Way