Just a quick reminder, the HTC DROID DNA is available starting today (November 21st) at a Verizon near you. HTC's latest addition to the DROID lineup is packing a 5" 1080p display, quad-core Snapdragon S4 pro processor, 2GB of RAM, LTE, NFC, and various other adjectives. And at $199 on a two-year agreement (less if you head to Wirefly), it's not a bad deal. Our review will be going up today, so be on the lookout. 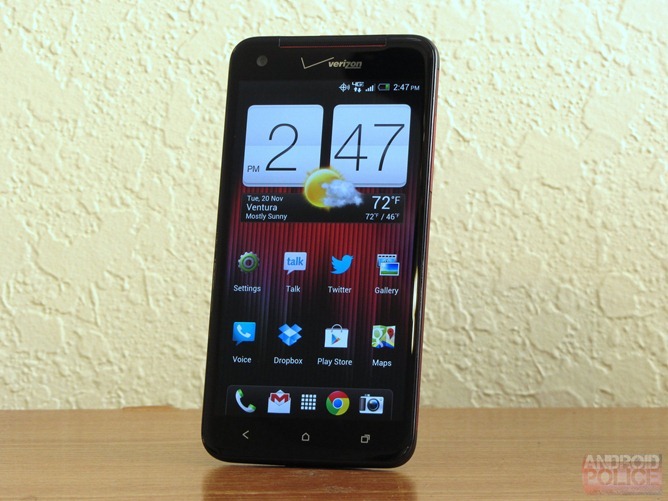 By the way, Verizon decided having the phone unlockable via the HTC Dev site wasn't something they were so hot on, so you can't do that anymore. Bummer - it still has root, though. In the meantime, be sure to check out my initial impressions post, and a deep dive into battery life.