We've all been in this scenario before: you're in a coffee shop, library, or some other public place with your headphones on/earbuds in, jamming your favorite tune, when someone comes up and starts talking to you. Yes, they can see the buds in your ears, but they talk anyway. It doesn't matter that they're just going to have to repeat themselves after you grab your phone and pause the music - they have something to say. And you're going to hear it.

That's where easyMute comes into play. Instead of having to fumble around with your phone or remove your headphones, you can just place your hand over the device's proximity sensor. Boom - music paused. Remove your hand, and the music starts playing again. 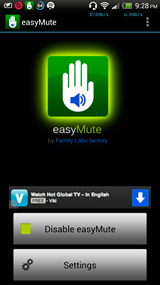 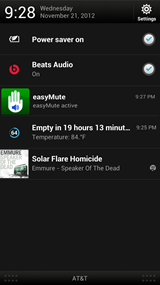 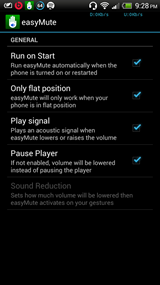 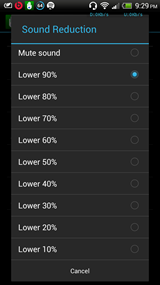 Or, if you'd rather just turn the volume down instead of pause it, easyMute can do that, too. It's an insanely simple, yet brilliant app. It's intuitive - by using the proximity sensor the app knows when the phone isn't laying flat on its back, so it doesn't randomly pause the music while the device is in your pocket. I played with it for a few minutes while writing this just trying to get it to kick out a false positive. It didn't work.

And apparently it's not too hard on the battery, either; according to the developer, it doesn't amount to more than 3% of the total consumption. That's not bad.

EasyMute is a free app in the Play Store, so hit the widget to give it a shot. 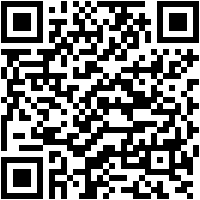