The Amazon Appstore has been updated to version 4.3.14.3C, and this release brings a few new goodies, along with a much-needed Android 4.2 compatibility fix. Previously, switching users on an Android 4.2 tablet would require you to log into the Appstore on each user account every time you switched, this has now been rectified. A battery drain bug has been stomped as well, along with the typical "other bug fixes and stability enhancements." 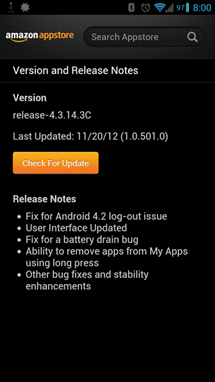 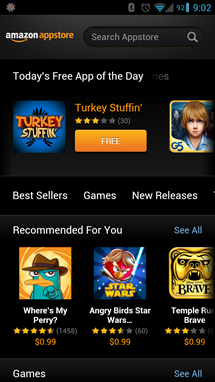 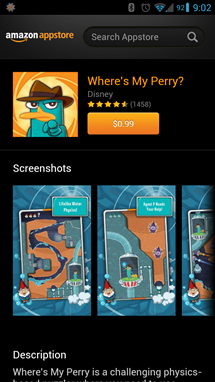 The UI of the Appstore has also received a light refresh, probably to be a little more in line with its appearance on the Kindle Fire HD and the latest iteration of Fire OS. You can get the update through the Amazon Appstore app right now.