There are a lot of reasons to like Republic Wireless, the forward-looking unlimited hybrid 3G/WiFi mobile virtual network operator that started an invite-only beta earlier this year. The invite-only part is not one of them. If you've been waiting for your chance to try out Republic's super-cheap plans, then you won't have to wait much longer: the company announced on its blog that it will soon be open to all applicants. All you've got to do is pre-order the company's only available phone, the Motorola DEFY XT, for $259. There's just one plan: unlimited (yes, really unlimited) talk, text and data for $19 a month. 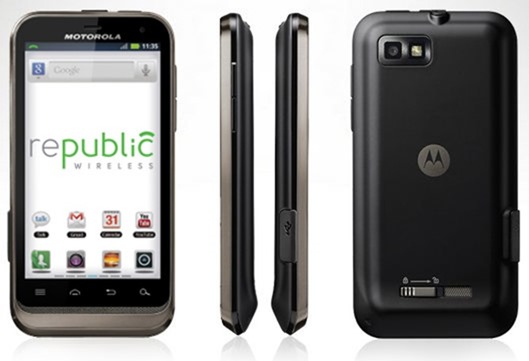 Republic isn't quite the wireless nirvana we were hoping for, but they're doing their best. If you'll recall, they reduce costs by automatically switching to WiFi for all services (including calls, which use a hybrid VOIP system) when in range. The 3G service is provided by Sprint, which despite being unlimited already (albeit much more expensive) isn't exactly the most far-reaching network around. And the DEFY XT hardware would barely have been considered mid-range a year ago, with its 3.7-inch screen, single-core 1Ghz processor, and Gingerbread. And at the moment it really is the only option right now: unlocked phones won't work on Republic, thanks to the proprietary hybrid radio.

Still, $19 for unlimited everything with no contract might just be worth it. Republic says it will be shipping out the phones and starting regular service in mid-December. Any takers?

Android 4.2-Gate: Here Are Some Of The Major Issues Plaguing Google's Newest Release

Getting To Know Android 4.2, Part 1: The Notification Panel, Recent Apps, And Other System-Wide ...