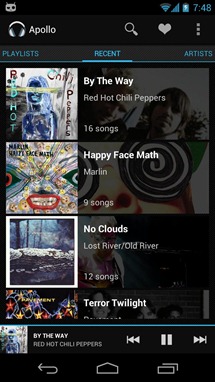 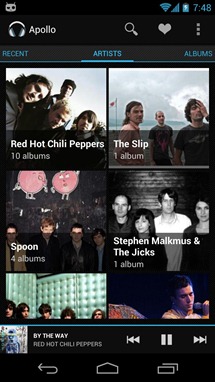 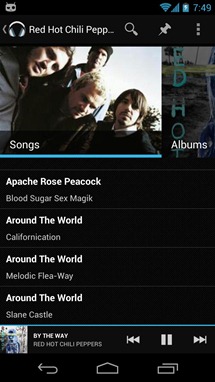 The player comes in two flavors: regular, and +. Apollo+ removes ads and offers quicker updates for a mere $0.99. On the subject of future updates, there are a number of features that are promised to come soon, including tablet support, concert info, customizable widgets and notifications, and "Google Dream" (we suppose they mean Daydream) support. For those wondering, gapless playback isn't a planned feature, it's a current one. Hooray!

You can grab either the free Apollo or the $0.99 Apollo+ via the widgets below. If you're running CyanogenMod, the player probably came bundled as a stock app. If you want to install this one for whatever reason, you may need to disable the stock app in Settings, or live with two identical icons in your drawer.

HTC One X+ Review: A Mid-Cycle Refresh Makes A Great Phone Even Better