When I first got my Nexus 7, I ran it naked. Not because I had no other choice, but because I wasn't interested in any of the cases that were available at the time. Then, at the Big Android BBQ, I happened to see the new Active cases from Seidio ($35-45, SeidioOnline). I really liked the Active case for the Galaxy Nexus back when I reviewed it, and Seidio's offering for the Nexus 7 looks equally as protective and comes with a nifty cover/stand. Needless to say, I was intrigued.

After having used the case for the last few weeks, I have to say that I like it. Now, let's talk about why. 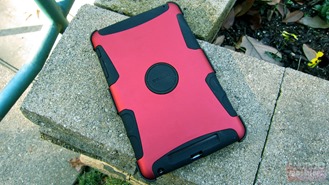 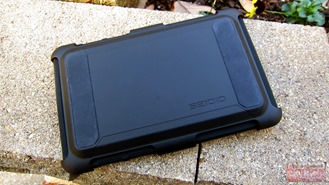 First off, it's pretty. Like the other Seidio cases I've used, this one has a nice matte finish. My review case is red, though you can also get it in blue, black, and white - all of which I'm sure look fantastic (judging from my previous experience with the GN cases).

Just like the others in the Active series, this case has a soft silicone layer on the bottom, covered by Seidio's arachnid hard-shell skeleton. Not going to lie - the outer shell is a bit of a pain to put on the first few times. After that it loosens up a bit and isn't so bad. Of course, if you plan on keeping your device in the case all the time, that's a moot point. I usually remove my N7 from the case when I'm at home, so I thought this worth a mention.

The biggest downfall of this two-layer system is undoubtedly the bottom silicone layer. Why, you ask? Because everything sticks to it. Seriously. I forgot to bring a cloth with me when I went to take pictures of the case, and... well, you can see for yourself. Just look at any of the images where you can see the silicone - there's crap all over it! It's a minor annoyance, no doubt - but an annoyance nonetheless. 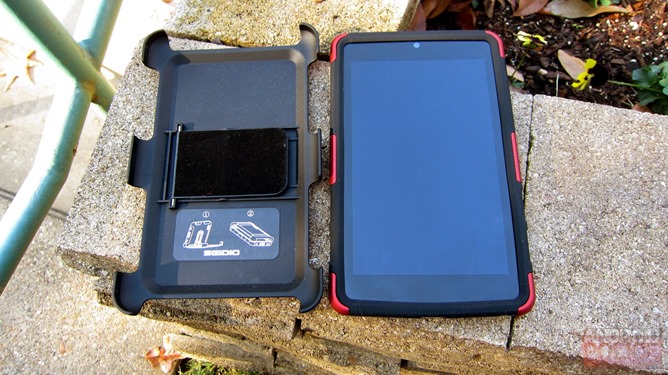 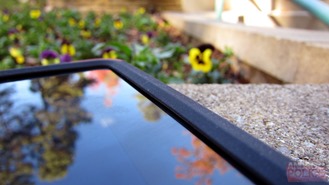 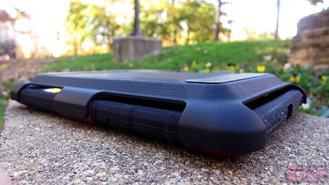 As you can imagine, the Active case does adds a bit of bulk to the N7, but I don't think that's necessarily a bad thing. The "lip" on the outside gives a nice spot to grip the tablet while reading and such, and the back has a soft satin-like feel to it that is very easy on the hands. The case does add a bit of weight to the N7, so if its sleek form factor and hyper-portability are things that draw you to the tablet, this case may not be the one for you. Personally, I think it looks great.

Around the bottom of the case you'll find the appropriate openings for the microUSB port, headphone jack, and speaker, all of which are cut out with extreme precision. However, this brings me to another negative aspect of this case: with so many cutouts condensed to one area, the silicone is quite flimsy here. When using the device in portrait mode it isn't that noticeable, but it's very evident as soon as you flip around int o landscape mode. While trying to do normal activities in landscape orientation, my thumb continuously pulled the silicon away from the device where all the ports are - something that simply doesn't happen on the other end of the device. It's only slightly troubling and I don't see it as a deal breaker by any means, but it's a flaw in the case's design. With that said, though, I'm not entirely convinced that it's all that avoidable, given the cluster of things on the bottom of the N7. 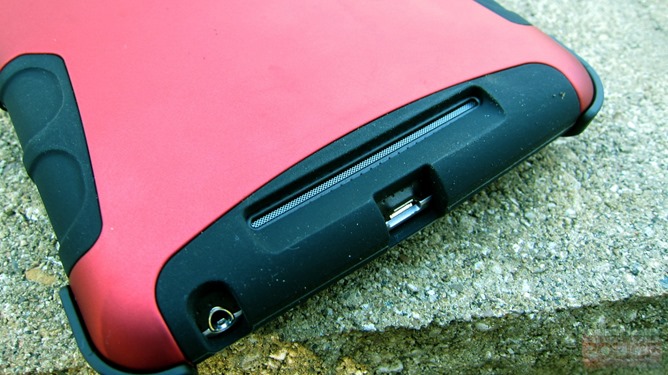 Now that we've taken a look at what the case itself has to offer, let's look at what makes it unique: the multipurpose cover. This is, hands down, my favorite thing about the Active case. Not only does it provide protection for the device's screen, but it doubles as a kickstand. That's just neat. And I love it.

I really appreciate the fact that it's not part of the case, and is purely optional. For example, when I'm walking around the house with my N7, I leave the cover/stand in the bedroom (the N7 is my alarm clock, and the stand makes that easy). When I leave the house and don't feel like taking my backpack, I just slap the cover on it and away I go. I can toss it in the floorboard of my van and don't have to worry about it getting broken. I dig that.

I also like the fact that the cover can be used on either the front of the device (for protection), or on the back (during use) - makes it easy to keep up with while out and about. 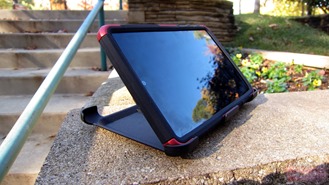 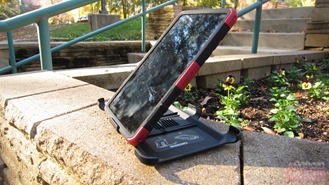 Since the cover also doubles as a stand, it has some grippy silicone along the bottom. From what I can tell it's the same silicone that the softshell case is made from, so it's equally as sticky. In this case, though, I think that's a good thing, as it keeps the base in place while you use the device.

You can buy the Seidio Active case for the Nexus 7 right here.

When it comes to cases (or anything else, really), there's no such thing as perfect. I'm definitely not going to say that Seidio's Active case for the Nexus 7 breaks that mold, but I will say this: if you want solid protection for your N7 that doesn't really get in the way, this is the case to have. It's probably one of the best solutions I've seen that blurs the lines between protection and usefulness, and it does it all while still looking good. If you're not a big fan of the classic "folio" style case - definitely give the Active a shot. Or...

Win one from us 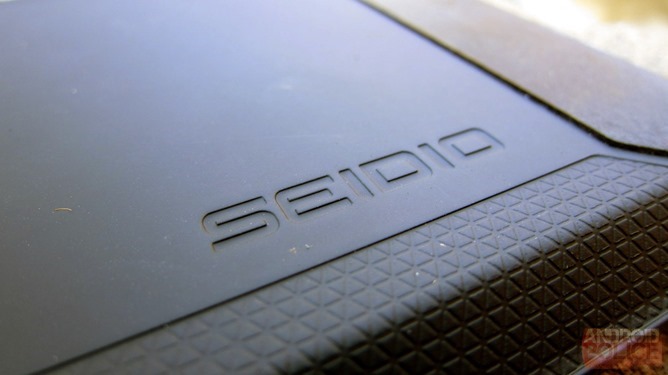 You knew it was coming (mostly because it says "giveaway" right in the headline), and here's your chance. Seidio has offered up 10 of these badboys for us to give away - your choice of color. You win, you pick.

To enter, just hit the Rafflecopter widget below and follow the only entry requirement (leave a comment). Make sure to answer the question! If you fail to meet that one requirement, then you get nothing - even if you're chosen as a winner. With that out of the way, on to the widget:

The giveaway begins now and will run until Wednesday, November 21 at 12:01 AM ET. After that, we'll randomly pick the winners.

Dexter The Game 2 Reveals Its Dark Passenger To The Play Store For $2.99