Echofon looks to add one more to the pile with the beta of their popular client. As a user of Echofon on iOS, I can say that they've definitely crafted something good over there, but at the moment their foray into Android seems a bit perplexing.

For starters, their owner, UberMedia Inc., already has two other Twitter clients in the Google Play Store (Twidroyd and UberSocial); what makes this third one worth your time? 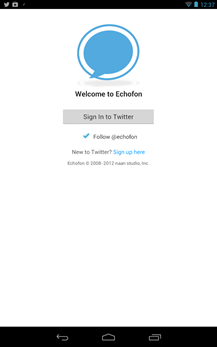 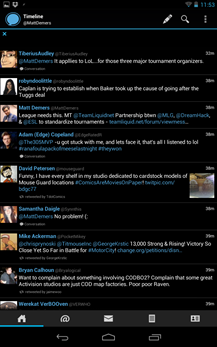 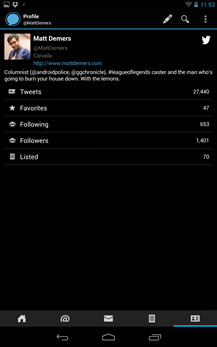 The Basics - And Not Much Else

Despite the amount of specialization we've seen with Twitter clients over the years, there's a basic list of functions that we can expect:

These don't seem like too much to ask for, and Echofon performs them easily. However, especially when compared to its iOS sister, it seems a bit... basic. It lacks the ability for tweets to stream in real time, and still requires a pull-to-refresh to load any new ones that come in. Its "jump to the top" feature is hidden behind a menu, and the app performs quite sluggishly until all Twitter avatars have been loaded.

Which will happen every time someone you follow retweets a message from someone you don't know. 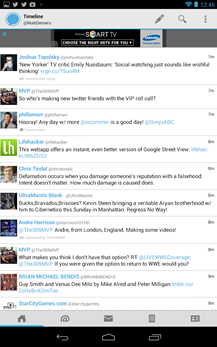 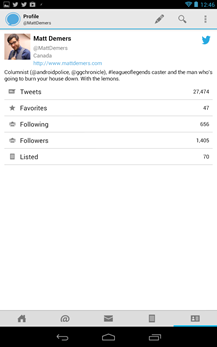 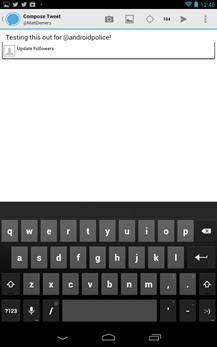 The Pro version of the app costs $4.99, and a chief reason to consider purchasing it is the removal of the banner ad at the top of your columns. You can click an "X" icon to remove it temporarily, but it will return over time - expect to see a lot of it if you spend a lot of time scrolling, refreshing or replying.

Some Good Things, Here And There

While what I said above might seems little harsh, Echofon isn't a bad app. It delivers on the promise of being a clean Twitter client, and that's something that consumers want. While some other apps may focus on throwing a lot at you visually, you can kind of rely on Echofon's simplicity.

Its interface enables you to switch between a "Light" and "Dark" version, giving you the preference of background and text color. I tend to prefer the Light version, as it's easier on my eyes - of course, this is just a matter of preference. 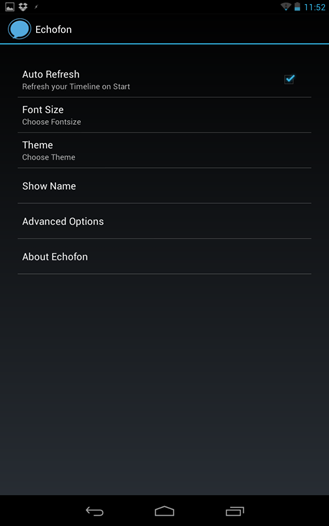 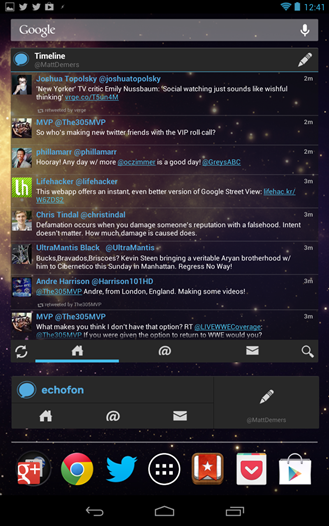 Many users also enjoy the widgets (pictured above-right), which focus on ease-of-use. Everything you need there is represented in a button, allowing you to refresh, access different columns, search, and compose tweets straight from the comfort of your home screen. These widgets are also free, and lack the ad that's present in the regular client; if you're a Twitter user that only needs a quick glance here and there, this could suit your needs quite nicely.

If you're using the iOS version of Echofon on another device, you'll be pleased to know that there's a syncing feature that will allow you to preserve the read status of messages and replies. This will save you time, and is a cool feature, but without an Echofon desktop client it only has use in select cases.

At the end of the day, this beta of Echofon doesn't do much that other clients don't do already - or even do those things better. Even the default Twitter client has updated enough that the animations are smooth, regardless of avatar status; it remains my pick for the best all-around client.

Echofon's release poses an interesting question: after years of Twitter clients on the marketplace, what does a company have to do to truly be unique? Has the availability of clients saturated the field? Or are we still looking for the app that truly feels "just right"?

That's up to consumers to decide. [Editorial] Yes, Google Done Goofed, But This Botched Nexus 4 Launch Is A Fantastic Sign (Or: ...