Today, in a post to the Official Google TV Blog, Google announced officially the new functionality offered by the YouTube update we covered yesterday, along with a few other treats set to hit Google TV users starting with LG devices "this week."

First among the enhancements is the addition of Voice Search, allowing users to "simply speak to watch anything." Voice Search recognizes commands for opening apps, playing YouTube videos, visiting websites, and even finding channels or specific TV shows. For example, if you don't remember what to punch in to get from the Golf Channel to CNN, you can just say "CNN," and Google TV will do the work for you. If you want to watch Homeland, just say so – Google TV will find all your options.

Google also announced a guide called PrimeTime, which is actually an improved and renamed TV & Movies app. The app will help you find something else to watch if you're looking to turn the station but don't know what you're looking for. PrimeTime pulls "the best stuff on live TV," your favorite channels, recently-watched shows, and other suggestions together in a nice, easy interface. Conveniently, the PrimeTime app is already available for download from the Play Store.

Finally, the update introduces what we already saw in YouTube's recent update – the ability to use your Android device as what amounts to a remote for YouTube on your Google TV. 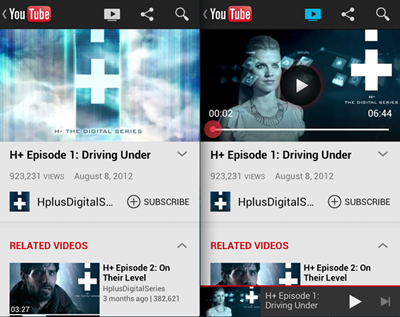 Google says these updates will come first to LG Devices with Google TV "over the coming weeks," with a broader rollout to "other  second generation hardware" in the coming months, while first generation devices will only receive updates to PrimeTime and YouTube. Hit the link below for more information.

Android 4.2 Tip: You Can Now Clear All Cached App Data At Once