Cold Beam Games' Beat Hazard Ultra, the fascinating rhythm-based shooter we covered a few days ago, officially came out of beta and into the Play Store today, offering to bring with it all the bullets and enemies you can handle while you supply the music.

For those who missed our initial coverage, Beat Hazard is a bullet hell-style shooter that uses your own music tracks to control just about everything in the game, from the frequency of enemy attacks and their movement patterns to the rhythmic pulse of your own weapons. In this sense, the pace and style of the game is up to you. If you're playing a slow tune, you're in for a relatively relaxing experience, while faster tempos will breed an overwhelming number of enemies, who can only be handled by an equally powerful wave of bullets.

Players will also be dazzled by polished graphics with plenty of bright, glowing lasers and explosions.

Beat Hazard has three gameplay modes – Boss Rush, Survival, and Chill Out, all of which are essentially what they sound like. It's also worth noting that players who choose to unlock the full version of the game can pair their gameplay with not just their own music library, but that of internet radio stations as well.

Considering Beat Hazard Ultra is free from the Play Store, there's absolutely no reason not to check it out. It's got elements that just about any Android gamer can enjoy, and has the best sound track you can imagine. Hit the widget below. 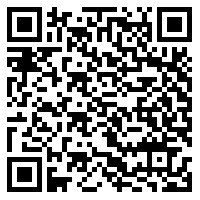